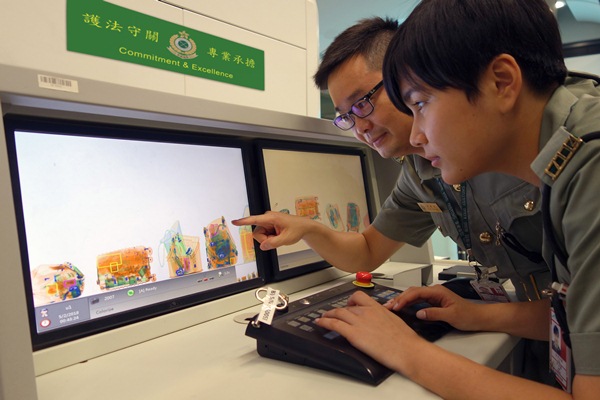 The World Customs Organization (WCO) announced that a pilot test of the unified file format (UFF) development program, the initiative that will enable sharing of scanned cargo images among customs administrations, has started.

“1 March 2019 witnessed the start of the execution of a Pilot Project to test the development under Phase 2 of the Unified File Format Development Programme,” said WCO in a release.

Since 2016 the WCO has led the development of a unified file format, or a standard non-intrusive inspection (NII) data format. Once universally deployed, the UFF will significantly facilitate the interoperability of NII equipment provided by different manufacturers, as well as the exchange of images in a unified file format within and between customs administrations for customs purposes.

“The UFF will be instrumental for the development of databases or libraries of images and will assist in training of image analysts,” WCO said.

The WCO Technical Experts Group on NII steers the UFF initiative, while a team of experts from four NII vendors (L3, Nuctech, Rapiscan Systems AS&E, and Smiths Detection) carries out the development work.

The UFF development program is being implemented in three phases. Following the successful proof of concept during Phase 1, Phase 2 started in October 2016, with the main objectives being to launch and execute the architecture of the UFF and test and evaluate the Phase 2 architecture.

The development of the UFF 2.0 architecture, as well as the respective UFF converters and viewers, was completed in September 2018. The UFF Phase 2 development was initially tested through a pre-pilot with Dutch Customs from September 11 to October 19, 2018.

Following the successful Dutch Customs pre-pilot, six selected WCO member customs administrations will be testing the UFF 2.0 architecture and the respective UFF converters and viewers developed by the participating vendors.

As of March 1, Smiths Detection is executing UFF 2.0 testing activities with the customs administrations of Belgium and Bulgaria, and Nuctech will also engage with these two members.

Meanwhile, Rapiscan Systems AS&E and L3 are working with the Customs and Border Protection of the United States and the Customs Administration of Colombia.

Non-intrusive inspection technology is now in use by customs administrations around the world to increase the efficiency of their inspection capability, and speed up the clearance process. However, competing technology providers offer specific scanning equipment, with each machine producing proprietary data, which requires a specific workstation or software as well as specific training on how to use it. Consequently, customs administrations usually have a fleet of scanning equipment that each produces data which is not easily shareable.

To address the demands for more system interoperability capability and centralize the management of scanning operations, customs administrations have been demanding that technology suppliers use one specific format for the images and data produced by their equipment. This lack of standardization led to WCO and the NII suppliers taking the initiative to create an international standard for scanned images and associated metadata.