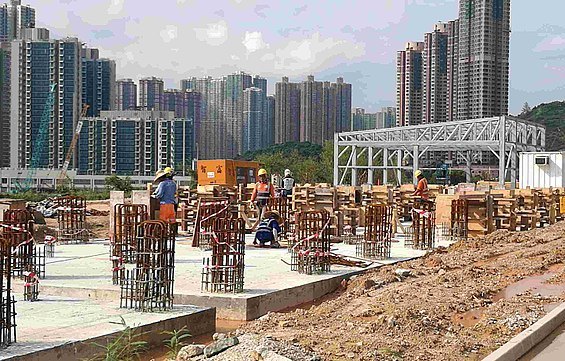 The pickup in Asia’s growth remains broadly on track, with stronger-than-expected growth in China, Japan, Korea, and Association of Southeast Asian Nations (ASEAN) economies helping to compensate for the weaker outlook in Australia and India, according to the International Monetary Fund (IMF) in its latest regional assessment.

Asia continues to lead the global economy with strong growth projected at 5.6% this year and 5.5% in 2018. The strength of many economies in the region provides an opportunity to pursue key reforms that can amplify and accelerate their beneficial effects, boosting living standards for all, said the IMF in its Regional Economic Outlook: 2017 Update for Asia and Pacific.

The report cites strong consumption and investment, as well as better-than-anticipated external demand as driving the pickup in growth. However, with risks to growth, including rapid credit growth in China, rising protectionism, and geopolitical tensions, policymakers cannot slow the pace of reforms.

“Asia is in a favorable position as growth momentum continues to be strong. It is premature, however, to judge how long this upswing will last. The tailwinds in the region are an opportunity to pass structural reforms and address vulnerabilities,” said Changyong Rhee, director of the IMF’s Asia and Pacific Department.

China—the region’s largest economy—is expected to post a growth of 6.8% this year, and 6.5% next. This year’s upward revision reflects continued strong infrastructure spending and resilience in the real estate sector in the first half of the year. The country has potential to sustain strong growth over the next three to five years, but this will require speeding up reforms to make growth less reliant on debt and investment.

Japan enjoyed growth sustained above potential for six consecutive quarters through the first half of 2017. The country is expected to grow to 1.5% in 2017, driven by a pickup in external demand as well as consumption supported by fiscal transfers.

Elsewhere, for other countries in Asia and the Pacific, economic prospects remain strong. In particular, the “ASEAN-5” of Indonesia, Malaysia, the Philippines, Singapore, and Thailand are expected to expand by 4.9% this year and in 2018. Strong growth in these countries is primarily driven by higher investment and exports.

In Malaysia, growth in 2017 is expected to increase to 5.4%, supported by strong domestic and external demand.

In the Philippines, growth is projected to remain close to potential at 6.6% in 2017 and 6.8% in the medium term, driven by robust domestic demand.

In Singapore, growth is projected to rise to 2.5% in 2017, reflecting strong performance of the export-oriented sector, and to 2.6% in 2018 as private domestic demand recovers.