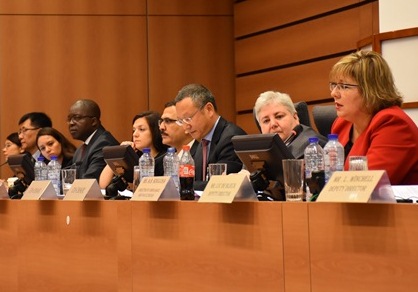 The World Customs Organization (WCO) said its Working Group on E-Commerce (WGEC) has submitted for possible adoption a number of tools and instruments on managing cross-border transactions stemming from e-commerce sales.

These tools and instruments—the outcome of efforts by the WGEC, as well as its four sub-groups, in the intervening period between its first meeting and recent second gathering—are expected to be released in the coming months, said WCO in a statement.

They include a resolution advocating the establishment of an e-commerce framework of standards based on the key principles of cross-border e-commerce.

Another tool produced by WGEC is a communiqué on e-commerce outlining the international customs community’s position, which is expected to be sent to delegates attending the WCO’s Eleventh Ministerial Conference that will take place from December 10 to 13 this year.

A WCO handbook on cross-border e-commerce has also been drafted that will consolidate the outcomes of various ongoing work-streams and provide guidelines and practical approaches for each principle mentioned in the recommendation.

Also developed is an updated version of the immediate release guidelines, which aim to expedite the cross-border release/clearance of the increasing volumes of low-value and small e-commerce shipments/parcels.

These tools and instruments will be examined in further detail at the WCO permanent technical committee sessions in October and the policy commission session in December this year for their potential adoption, said WCO.

Based on this, further work will be carried out leading to the adoption of an e-commerce package by the WCO Council in June 2018.

“The global implementation of these tools in the future will be key in order to effectively respond to needs and challenges emanating from the fast-evolving internet trade environment,” said WCO.

The second WGEC meeting was held at the WCO headquarters in Brussels from October 10 to 13, 2017. The delegates represented customs administrations, other government agencies, and partner international organizations. They were joined by representatives of the postal and express service industry, e-vendors, e-commerce platforms, logistics service providers, customs brokers, technology service providers, and academia.

During the meeting, delegates also discussed how data generated through online sales and captured by e-vendors and e-platforms can be shared with customs and other relevant authorities.

It was agreed that the WGEC will continue to work on the exchange of information between various e-commerce operators and will identify the data requirements with a view to standardizing them and developing associated messaging processes and protocols.