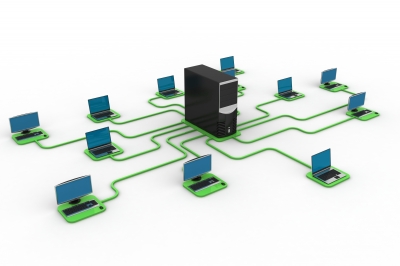 Initial tests to assess the Philippines’ interconnection with other Association of Southeast Asian Nations (ASEAN) economies, starting with Indonesia, via the ASEAN Single Window (ASW), were successful, according to the Department of Finance (DOF).

“Although there were some gaps in the responses between the two systems, the initial testing on the ASW connection with Indonesia was successful,” said Undersecretary Gil Beltran in a report to Finance Secretary Carlos Dominguez III during a recent DOF Executive Committee meeting.

Development and testing will continue in the next few weeks, Beltran said.

In the Philippines, TradeNet—the government’s online platform for the application of permits for imports and exports—will serve as the country’s national single window (NSW), the requisite platform to connect to the ASW.

TradeNet, set up by DOF in partnership with the Department of Information and Communications Technology (DICT), will involve a total of 76 government regulatory agencies to make it fully operational. So far the DOF has engaged 65 of these 76 agencies.

Launched last December, TradeNet is expected to minimize the cost of doing business and cut the processing time for the issuance of import and export permits, Beltran said.

Beltran said the ASW interconnection tests will run until May 2018 for the Philippines and two other newly connected countries, namely, Cambodia and Brunei.

The ASW is a regional initiative that aims to speed up cargo clearances and promote economic integration by enabling the electronic exchange of border documents among the organization’s 10 member-states. Indonesia, Malaysia, Singapore, Thailand and Vietnam are already using the ASW to exchange information on customs clearances.

​Beltran said the Bureau of Customs (BOC) is set to identify five exporters who will pilot-test TradeNet this month, while a team will do a demonstration of the Integrated Importer Accreditation Module. The module, which aims to simplify the accreditation process for importers, will later link accreditation records of regulatory agencies to the BOC records to form a full importer profile, he added.

As the vehicle for the NSW, TradeNet is expected to “shorten the processing time of import/export clearances, reduce the number of transactions and required documents to be submitted, and remove bureaucratic red-tape that has plagued businesses and citizens when dealing with the government.”

Besides launching TradeNet, DOF implemented several innovations in 2017 anchored on the use of digital technology in order to improve the ease of doing business and electronically interconnect the country with other ASEAN member-states to help speed up the region’s economic integration.

These innovations include the establishment of the Philippine Business Data Bank (PBDB); the ongoing computerization program of DOF and its attached agencies BIR and BOC; and the continuing efforts to reduce the procedures and requirements in securing government documents or applications.

Beltran said the PBDB, now piloted in Quezon City, will eventually allow the online processing of business permits down to the local government level, and targets covering all 1,634 local government units (LGUs) nationwide within a two-year period.

“Economic zone data will likewise be progressively made available, covering all economic zones in the country,” Beltran said.

He said the precursor to the PBDB—the Online Unified Business Permit Application Form—is now being fine-tuned to further simplify the process and allow businesses to apply for LGU business permits regardless of the company’s location.

The DOF and other agencies involved are now finalizing the data elements for the online business permit application form so it can be pilot-tested by the first quarter of this year.

Image courtesy of cuteimage at FreeDigitalPhotos.net