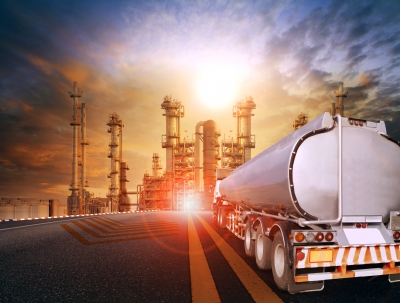 The Philippine Bureau of Customs’ (BOC) reactivated unit, Post Clearance Audit Group (PCAG), has begun to identify importers and industries to investigate as it prepares to begin its work this month, according to Assistant Commissioner Ariel Nepomuceno.

“Within February, we’ll be able to assist the Commissioner in his mission. We will start to be operational within February,” Nepomuceno, who heads PCAG, told Asia Customs & Trade in an interview on the sidelines of BOC’s 116th founding anniversary celebration on February 6.

In December, under Customs Memorandum Order (CMO) No. 32-2017, BOC formally reactivated PCAG, formerly called Post Entry Audit Group, pursuant to Executive Order (EO) No. 46 series of 2017, which transferred back the post-clearance audit function to the customs bureau from the Department of Finance (DOF).

Nepomuceno said PCAG is already identifying importers of several industries to be covered when the unit starts operations.

Priority industries that PCAG is looking at include the oil, automobile, steel, and agricultural sectors. Nepomuceno said importers who have pending cases or are under investigation will also be covered.

Further, Nepomuceno said PCAG will be “looking seriously [into] those imports or entries” that paid only about P40,000 in duties and taxes for the last three years.

Customs Commissioner Isidro Lapeña earlier said benchmarking in BOC was at P40,000 per shipment. Benchmarking is the practice that allows traders to expedite the processing of their imports without the required inspections, and paying only a benchmark price, regardless of the value of the commodity imported. The customs chief has ordered customs officials to stop benchmarking and instead collect the correct valuation of shipments.

Nepomuceno said that “importers who are filing now should be very conscious that they have to do their filing and payment properly because we have the unit now, which is PCAG, to go after them if there are deficiencies, honest or not so honest mistakes.”

PCAG will also closely coordinate with other BOC offices such as Assessment and Operations Coordination Group, Management Information System and Technology Group (MISTG), and Legal Service, to ensure efficient operations “from start to finish,” Nepomuceno added.

Under CMO 32-2017, PCAG will have two operating units, namely, the Trade Information and Risk Analysis Office (TIRAO) and the Compliance Assessment Office (CAO), each to be headed by a director II, and supported by two and five divisions, respectively.

The reactivated PCAG shall—within three years of date of final payment of duties and taxes or customs clearance—conduct an audit examination, inspection, verification, and investigation of records pertaining to any goods declaration, which shall include statements, declarations, documents, and electronically generated or machine-readable data. This is to ascertain the correctness of the goods declaration and determine the liability of the importer for duties, taxes, and other charges, including any fine or penalty.

Among TIRAO’s functions are to review available data to determine compliance markers of industry and set benchmarks for developing an audit program for approval by the customs commissioner; develop, in coordination with MISTG, a computer-aided risk-based management system for profiling and identifying potential priority audit candidates; and develop policies, guidelines, manuals, and standard operating procedures for the audit process.

CAO’s functions include the following: prepare the audit work plan, scope, and approach for the approved audit candidates; conduct audit examination, inspection, verification, or investigation of records; and establish and maintain a customs compliance program.

Nepomuceno earlier said that while not its main function, PCAG can also contribute to revenue collection, mainly through the duties, taxes, and other charges, including any fine or penalty, which it can collect from importers with incorrect declarations.

Further, he noted that having a post-clearance audit function can facilitate trade because processing can be fast-tracked since customs can run after importers later.

Nepomuceno said PCAG will be conducting meetings and consultations with stakeholders about the reactivated unit’s functions and duties. A formal announcement when the unit officially starts operations will also be made. – Roumina Pablo