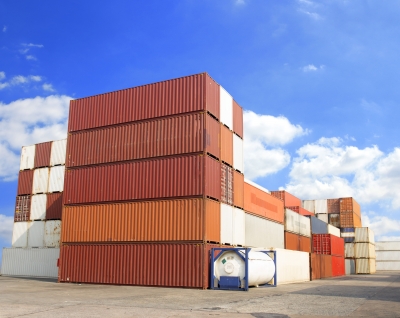 The Philippine Bureau of Customs (BOC) is again holding public consultations on extending the coverage of the load port survey (LPS) or pre-shipment inspection to containerized cargoes.

In a text message to PortCalls, BOC spokesperson Atty. Mandy Therese Anderson, who is also chief-of-staff at the Office of the Commissioner, confirmed that the Assessment and Operations Coordinating Group (AOCG) intends to continue public consultations on the plan to include containerized cargoes in the LPS program.

A public consultation with accredited surveyors, stakeholders’ organizations, and companies was already held by AOCG on May 17, in which the draft presidential administrative order (AO) that extends the LPS program to containerized cargoes was handed to stakeholders.

The proposal has garnered mixed reactions from stakeholders, some saying it would hasten shipment processing, others finding it an unnecessary cost.

The LPS requires inspection of cargo at the port of origin. It is currently required only for bulk and breakbulk shipments. BOC started mandating LPS for such cargoes in May 2010, through AO No. 243-A.

For a copy of the draft administrative order, click here.

Anderson said BOC’s plan to extend the program to containerized cargoes is “due to the large number of misdeclared and undervalued shipment.”

The plan, she noted, is an initiative of both BOC and the Office of the President, noting that discussions started in July last year and that “the Commissioner (Nicanor Faeldon) has expressed his support.”

Anderson said the LPS targets curbing misdeclaration, undervaluation, and even smuggling, even as it seeks to hasten the release of shipments.

It may be recalled that BOC in 2014 also intended to require LPS on containerized and non-containerized cargoes. But the plan became controversial mainly due to the issue of who would pay for the service, with some groups suggesting that the government subsidize the inspection fee to allay costs. The plan was later shelved due to the more pressing problem of the port congestion that year.

Shipments covered by the LPS will be entitled to advance filing of import entry and internal revenue declaration and advanced clearance procedures to be adopted by BOC.

Shipments already examined by an accredited cargo surveying company at the loading port will be deemed to have been already examined for customs purposes and be automatically exempted from physical or x-ray inspection upon arrival in the country, except in several instances.

These circumstances are if the LPS report (LPSR) and/or container security seal is missing or tampered, or shows signs of tampering; the LPSR is the subject of an alert order; the importer disagrees with the findings of the LPSR and requests the conduct of a discharge port survey; the commissioner or district collector has derogatory information against the shipment; and the LPS was conducted by a non-accredited surveyor.

Under the draft order, BOC will also form a customs survey inspector service composed of customs inspectors and other personnel with special qualifications and training in cargo inspection and surveying, and with the capability to render efficient and reliable survey or examination reports.

The proposal to include containers in the LPS program elicited different views from stakeholders.

Association of International Shipping Lines (AISL) general manager Atty. Maximino Cruz told PortCalls in a text message that “from the view of shipping lines, extending the load port survey program to containerized cargoes, inasmuch as it will result in advance processing and clearance of imported goods, would prove beneficial to vessels.”

“Advance processing and clearance of imported goods will definitely accelerate turnaround of vessels and cargoes and speed up return of empty containers. Dwell time of import laden containers in the port will be reduced significantly,” Cruz explained.

He added that conducting the LPS at the port of origin, while an added procedure, would not be a concern as there is an efficient scheduling of inspection. He noted that the program would also help boost the country’s campaign to prevent the entry of illegal drugs and substances, firearms, and other articles that may be used for terrorist activities in the country.

Fermin Barrenechea III, country manager of BOC-accredited surveyor Cotecna Inspection Philippines, Inc., told PortCalls in an email that “looking at the experience of the bulk cargo program, it has resulted in trade facilitation by way of faster clearance of cargo and also more timely information for the government and there is no reason why the same cannot apply to containerized cargoes.”

Asked if such a procedure is provided for under the Customs Modernization and Tariff Act (CMTA), Barrenechea cited Section 440, which states that “the Bureau may establish and implement a voluntary program on advance customs clearance and control on containerized cargoes. The details of the voluntary advance customs clearance shall be subject to the rules and regulations to be issued by the Bureau after conducting the necessary public hearings and consultations with the concerned sectors.”

On the issue of cost, the main concern of stakeholders, Barrenechea said “that is also the reason why there will be several service providers—the trade can choose which service provider offers the more appropriate service needed and insofar as pricing is concerned, market forces will dictate.”

Chamber of Customs Brokers, Inc. director Samson Gabisan, in a text message to PortCalls, on the other hand, said the LPS is “no longer attractive” now that CMTA is in effect.

He noted that the new law already provides for “stiff and harsh penalties on misdeclaration, undervaluation, and smuggling.” He added that the Authorized Economic Operator (AEO) program “allows members to enjoy the same privilege as the plan (LPS) at no cost.”

For his part, Philippine Economic Zone Authority Deputy Director General Tereso Panga told PortCalls in a text message that shipments of its locators should not undergo LPS since economic zone goods are not for domestic consumption.

He said LPS is unnecessary since all information needed is available in shipping documents and the advance cargo manifest. Panga said the program is also an added cost, not based on best practice since few countries require it, and likely to cause delays for shipments coming from countries without accredited surveyors. – Roumina Pablo

Image courtesy of joesive47 at FreeDigitalPhotos.net