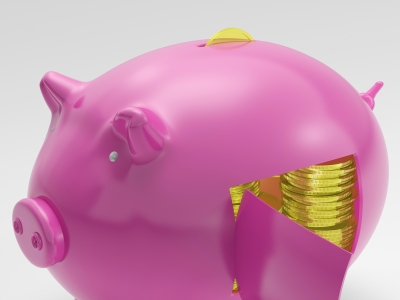 Short-term financing is an essential tool to support the growth of small businesses and to enable sustainable development, yet research points to a growing shortfall of trade finance in many markets hurting the companies and countries that need it the most.

World trade relies heavily on reliable sources of financing—both long-term (for capital investments) and short-term. The latter—commonly referred to as “trade finance”—is the basis on which a significant proportion of world trade operates.

In trade finance, banks help mitigate traders’ risks by bridging the time-lag in international transactions between the manufacture of goods, shipment and the receipt of payment. Such bank-intermediated transactions now represent more than a third of all world trade, equal to trillions of dollars each year.

Access to trade finance is generally recognised to be key to both the future outlook of global growth and the fulfilment of the United Nations (UN) Sustainable Development Goals (SDGs). A shortage of trade finance hurts small- and medium-sized enterprises (SMEs) the most, which represent around 95% of the world’s companies and 60% of private sector jobs.

Recent studies have pointed to a US$1.6 trillion shortfall in trade finance globally that has in fact grown since the peak of the 2009 financial crisis—with the biggest gaps provision hitting developing and emerging economies in Africa and Asia. Moreover, ICC research suggests that almost 60% of applications for trade finance turned down by banks come from SMEs, suggesting that entrepreneurs and small business owners are particularly impacted by this trend.

What’s behind the gap?

According to the 2016 ICC Global Trade Finance Survey—the largest industry survey of its kind—the now chronic trade finance shortfall is largely due to the unintended effects of global financial crime regulation.

ICC fully recognises the systemic importance of robust and well-targeted financial crime controls. Indeed, considerable progress has been made by the financial sector in addressing the risks posed by money laundering, terrorist financing, corruption and sanctions issues.  However, the increasing complexity of global financial crime regulation—and associated regulatory and reputational risks—has resulted in banks adopting an extremely cautious approach to managing risk and as a consequence are reducing and exiting certain types  of business.

Recent studies have confirmed these findings, showing that many global banks have begun to exit correspondent relationships with a significant number of banks in jurisdictions that are perceived as being high-risk. Some countries have been hit especially hard by this trend. In Argentina, for example, the number of correspondent banking relationships—bilateral agreements to handle basic trade-related services such as international payments or letters of credit—held by Argentinian banks dropped from 64 in 2009 to just 13 in 2016. A dozen countries are now down to a single correspondent banking relationship and risk being entirely cut off from the international finance system—including the Central African Republic, Nicaragua and the Solomon Islands.

A call for UN action

The systemic issues raised by the erosion of the correspondent banking relationships on which trade finance depends are global in nature and require a globally coordinated response.

On this basis, ICC has called on the participants at the 2017 Financing for Development Forum—starting this week in New York—to commit to an urgent UN-led review of the trade financing gap with a particular focus on possible means to reverse the on-going erosion of international correspondent banking networks.

In this context, ICC is calling for an urgent UN-led review of the trade financing gap, with a particular focus on possible means to reverse the on-going erosion of international correspondent banking networks.

ICC looks forward to supporting any such review, drawing on the expertise of the ICC Banking Commission, a leading global rule-making body for the banking industry, producing universally accepted rules and guidelines for international banking practice. – ICC