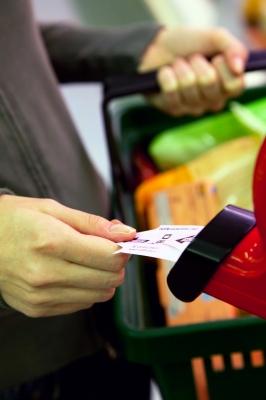 The July 1 rollout of India’s biggest tax reform in 70 years involving the imposition of a single goods and services tax (GST) is expected to cut red tape and increase tax revenues even as it presents a technical challenge to small and medium-scale enterprises (SMEs).

The reform will help the economy grow by 2%, according to finance minister Arun Jaitley.

GST is an indirect tax covering manufacture, sales and consumption of goods and services to be administered through India’s 29 states via a central GST and state GST. Goods and services will be taxed under four basic rates – 5%, 12% 18% and 28%. Exempt from GST are some items such as vegetables and milk but these will still be subject to existing taxes.

The new systemwill standardize tax reform, shifting the various states of India from a multiple-tax system to a simplified digital tax structure comprisingan end-to-end tax from manufacturer to consumer.

In an interview with Indian daily newspaper Economic Times, investor and trader Rakesh Jhunjhunwala of asset management firm Rare Enterprises said digitization under the GST regime will lead to efficiency in improved logistics.

“Anybody who has a business with a turnover of more than 20 lakh(2 million rupees) will have to digitalize their business and that is going to bring in tremendous efficiency in the way we work,” Jhunjhunwala was quoted in the interview.

Still, there are transitional challenges with the GST regime such as technical adjustments, specifically software system alignment of SMEs with the GST Network.

GST Network is an online tax portal which serves as GST’s technological backbone. According to GST Network’s website, the digital project is a “unique and complex IT initiative. It is unique as it seeks, for the first time to establish a uniform interface for the tax payer and a common and shared IT infrastructure between the Centre and States.”

The GST Network seeks “to integrate the entire indirect tax ecosystem so as to bring all the tax administrations (Centre, State and Union Territories) to the same level of IT maturity with uniform formats and interfaces for taxpayers and other external stakeholders.”

While large businesses are expected to smoothly transition to the digital platform, SMEs that will be forced to shift online to keep up with business trends will have a harder time complying with GST guidelines, especially SME owners who have no previous technical experience, or are not used to the digitized process.

Often accused as more susceptible to under-reporting and tax evasion,SMEs will be required to shift from manual to online processing in the government’s bid to make transactions more transparent, up the level of compliance, and move India’s digital capacity to a higher level.– Aubrey Joyce Bajo

Image courtesy of Ambro at FreeDigitalPhotos.net