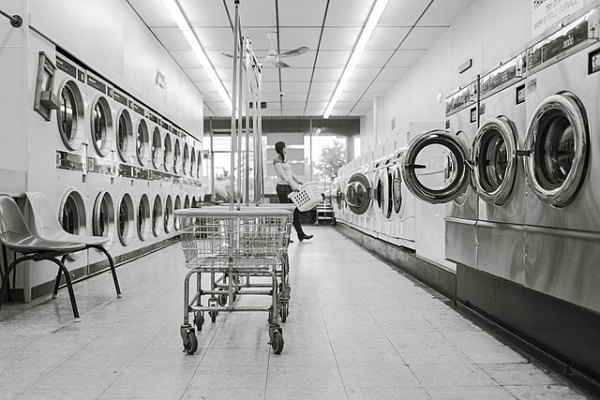 The International Monetary Fund (IMF) said the higher tariffs arising from the U.S.-China trade tensions already have evident trade impact on both countries and their trading partners, and warned of consequences extending beyond these areas following the latest escalation in conflict.

In a blog post May 23, the IMF said U.S.-China trade tensions have negatively affected consumers as well as many producers in both countries, and have reduced bilateral trade but left the trade deficit broadly unchanged.

Further, while the impact on global growth is relatively modest for now, the latest escalation could significantly dent business and financial market sentiment, disrupt global supply chains, and jeopardize the projected recovery in global growth in 2019.

Both the countries directly involved and their trading partners have been affected by rising tariffs, trade data show.

In 2018, the U.S. imposed tariffs sequentially on three “lists” of goods from China, targeting first US$34 billion of annual imports, then $16 billion more, and finally an additional $200 billion. As a result, U.S. imports from China have declined quite sharply in all three groups of the goods on which tariffs were imposed.

“This suggests that importers stocked up ahead of the tariffs, accounting for the sharper decline in imports thereafter,” it said.

As China imposed retaliatory tariffs, U.S. exports to China also declined. “While the front-loading dynamic is not evident in this case, US export growth to China has been generally weaker since the trade tensions began,” said IMF.

On the impact on consumers, “consumers in the US and China are unequivocally the losers from trade tensions,” said IMF. Statistics indicate that tariff revenue collected has been borne almost entirely by U.S. importers.

“There was almost no change in the (ex-tariff) border prices of imports from China, and a sharp jump in the post-tariff import prices matching the magnitude of the tariff,” said the post.

Some of these tariffs have been passed on to U.S. consumers, like those on washing machines, while others have been absorbed by importing firms through lower profit margins. A further increase in tariffs will likely be similarly passed through to consumers. While the direct effect on inflation may be small, it could lead to broader effects through an increase in the prices of domestic competitors.

The effect on producers is more mixed, with some winners and many losers. Some U.S. and Chinese producers of goods competing in domestic markets with imports affected by tariffs, as well as competing third country exporters, are potential winners.

However, U.S. and Chinese producers of the goods affected by the tariffs as well as producers that use those goods as intermediate inputs are potential losers.

IMF said trade diversion is one channel through which producers are affected, as the decline in imports from China appears to have been offset by an increase in imports from other countries, such as a big jump in U.S. imports from Mexico of some goods on which the U.S. imposed tariffs.

The other channel by which producers could be affected is through market segmentation in the price of traded goods. This was most clearly observed in the case of soybeans, where U.S. exports to China fell dramatically in 2018 after China imposed tariffs.

“Though prices have since re-converged and soybean exports to China have resumed to some extent, US soybean farmers suffered, while those in Brazil benefited from trade diversion and market segmentation,” said the IMF.

On the macroeconomic effects, the ratcheting up of bilateral tariffs between the U.S. and China has had limited effect on their bilateral trade balance.

At the global level, the additional impact of the recently announced and envisaged new U.S.-China tariffs, expected to extend to all trade between those countries, will subtract about 0.3% of global GDP in the short term, with half stemming from business and market confidence effects. These effects, while relatively modest at this time, come on top of tariffs already implemented in 2018.

Moreover, failure to resolve trade differences and further escalation in other areas, such as the auto industry, which would cover several countries, could further dent business and financial market sentiment, negatively impact emerging market bond spreads and currencies, and slow investment and trade.

“This type of scenario is among the reasons why we referred to 2019 as a delicate year for the global economy,” said the IMF.