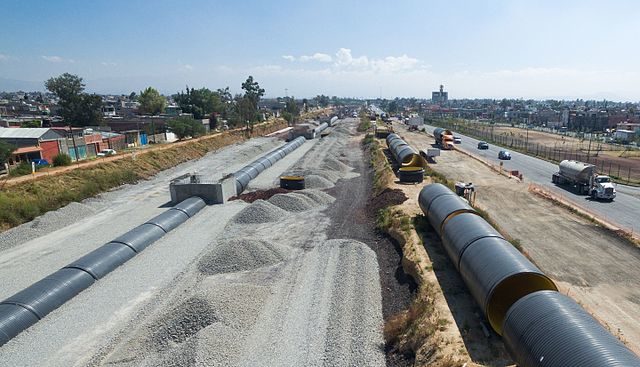 The short-term growth outlook for developing economies in East Asia and Southeast Asia remains robust, the region as a whole expected to grow by 5.9% in both this year and the next, according to a new United Nations mid-year report.

East Asia is projected to expand at a steady pace of 5.8% in 2018 and 5.7% in 2019, said the UN’s “World Economic Situation and Prospects” (WESP) launched May 17. Growth will be underpinned by resilient private consumption and public investment, as well as the ongoing improvement in external demand.

In China, growth is expected to remain solid, supported by robust consumer spending and supportive fiscal policies. Amid ongoing structural reforms, growth in the Chinese economy is projected to gradually moderate from 6.9% in 2017 to 6.5% in 2018 and 6.3% in 2019.

Most other economies in East Asia are expected to experience stable GDP growth in the outlook period. Private consumption will remain the key driver of growth, supported by healthy job creation, low interest rates, and modest inflationary pressures. In addition, consumer spending in South Korea, Myanmar, and Thailand will be further boosted by an increase in minimum wages in 2018.

Growth in many countries, including Indonesia, the Philippines and Thailand, will also be supported by large infra­structure projects, which will help to alleviate structural bottlenecks and boost productiv­ity growth in the medium term.

Downside risks to the region’s growth outlook have increased. A more restric­tive global trade environment would have a significant negative effect on East Asia, given the region’s high trade openness and extensive global production networks.

Downside risks faced by the economies in South Asia include setbacks on the reform agenda, heightened regional geopolitical tensions, or a sharp rise in oil prices.

Among the major economies, growth in India is gaining momentum, under­pinned by robust private consumption, a slightly more supportive fiscal stance and benefits from past reforms. GDP growth is expected to climb to 7.5% and 7.6% in fiscal years 2017/18 and 2018/19, respectively.

Global economy to expand over 3%

The positive outlook comes as global economic growth has exceeded expectations this year, with GDP due to expand by 3.2% this year and the next, according to the report—an improved outlook compared with the 3% and 3.1% growth for 2018 and 2019, forecast six months ago.

The revision reflects strong growth in developed countries due to accelerating wage increases, broadly favorable investment conditions, and the short-term impact of a fiscal stimulus package in the United States.

At the same time, widespread increase in global demand has accelerated the overall growth in trade, while many commodity-exporting countries will also benefit from the higher energy and metal prices.

Elliott Harris, UN assistant secretary-general for economic development and chief economist, cautioned that “there is a strong need not to become complacent in response to upward trending headline figures.”

He added that the report “underscores that the risks have increased as well,” noting that rising risk “highlights the need to urgently address a number of policy challenges, including threats to the multilateral trading system, high inequality and the renewed rise in carbon emissions.”

Trade barriers and retaliatory measures mark a shift away from unambiguous support for the norms of the international trading system, the report noted, which threatens the pace of global growth with potentially large repercussions, especially for developing economies.