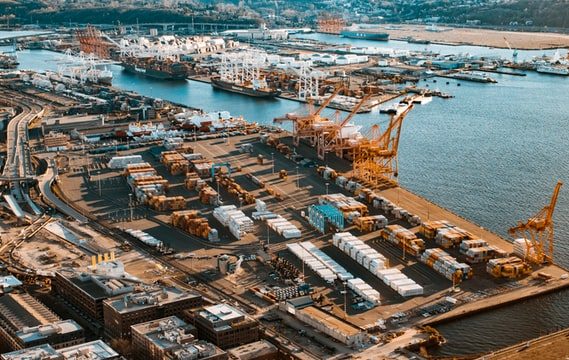 New virus mutations and the growing gap in countries’ vaccination rates pose a threat to global economic recovery, adding to supply chain disruptions and slowing the growth not just of emerging economies but even of advanced countries, according to a new report from the Baltic and International Maritime Council (BIMCO).

The report noted how the increasing divide between countries with high vaccination rates and those with lower rates has prompted the International Monetary Fund (IMF) to revise its GDP growth forecast for 2021.

Sand said most of the world’s major economies appear to have already achieved their peak growth rate this year, and while they will continue to grow, it will be at a slower pace.

The “easy” gains they derived from the reopening of economies have been realized and the next gains will be more challenging, as key industries are prevented from realizing their true potential due to external factors, such as material and labor shortages, he added.

In Asia, the economic recovery of many countries has been hindered by low vaccination rates and another wave of COVID-19 cases. The latest outbreaks have caused wide-ranging lockdowns across the region, forced many factories to shut down, and led to declines in the region’s manufacturing Purchasing Managers’ Index or PMI.

Vietnam, which until recently had been very successful in its handling of the pandemic, has not been spared and is now seeing a rise in infection numbers over the summer and widespread lockdowns, leading to a decline in its manufacturing PMI, said the report.

In addition to production taking a hit, fresh outbreaks have also affected Asian transport links, causing headaches for shipping, in particular container shipping, as ports are forced to operate below capacity.

In Europe, GDP has shown an impressive growth rate, driven by the reopening of service sectors, as the vaccine rollout has allowed a gradual reopening of nations, but the economy remains weaker today compared to pre-pandemic 2019.

Neither the economic bloc nor any of the five largest economies in the EU are expected to return to their 2019 strength this year, but the EU is forecast to be up 3.0% on 2019 levels in 2022, said the report.

Working against this positive development in Europe are problems in production and higher costs, which are hurting manufacturing. These difficulties include shortages and higher prices for inputs, transport difficulties as well as staff shortages.

In contrast, the US economy has continued its expansion, driven by spending on goods while spending on services has also begun to improve.

But total US exports have declined while total imports are only marginally up. Imports of goods alone, which account for almost 90% of total US imports, have been much stronger despite the problems of getting goods into the country. US demand for imported goods is set to remain strong as the holiday season approaches.

Having now achieved a milestone level of economic growth that exceeds pre-pandemic levels, the speed of recovery in the US appears to have peaked, noted Sand. Rising cases of Delta variant infections, particularly in communities with low vaccination rates, have resulted in new restrictions and a slowing down of recovery in the services sector.

Also capping the pace of US recovery are shortages, both of materials and labor, as well as capacity pressure, which has caused a rise in prices. This and the ending of additional unemployment benefits are all contributing to a slowing down of the GDP growth rate.

Looking ahead, the report said the development of the pandemic in many of the world’s major producing countries has exacerbated supply chain problems, as factories and ports are closed in an attempt to contain the virus. This causes more delays, and a return to normal will take longer.

“Unequal vaccine distribution has put a stopper in the recovery in parts of the world, adding to supply chain disruptions and slowing growth even in countries protected by higher vaccination rates. In a globalised world, no one can return to normal before everyone can,” said Sand.

Photo by Shunya Koide on Unsplash