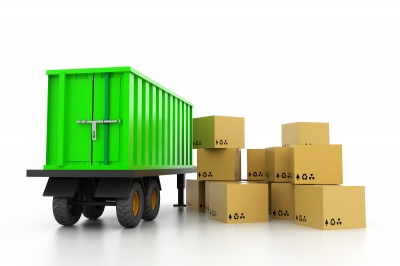 THE draft customs administrative order (CAO) on how to treat and process for­eign goods for transshipment, as provided under the new Philippine Customs Modernization and Tariff Act (CMTA), is now up for stakeholders’ scrutiny.

The Department of Finance (DOF) and Bureau of Customs (BOC) are invit­ing stakeholders to submit position papers on the draft CAO until March 9 and to participate in the public consultation to be held on the same day.

The draft CAO implements related sections and provisions of Republic Act No. 10863, otherwise known as CMTA. It defines transshipment as the customs procedure of transferring goods from im­porting means of transport to the export­ing means of transport within the area of one customs office, which is the office of both importation and exportation.

Under the draft, transshipment goods will not be charged duties and taxes if sup­ported by the required goods declaration and commercial or transport documents or evidence.

Section 4.2 of the draft CAO states that goods for transshipment must be loaded in the exporting means of transport within 30 calendar days of the date of ar­rival. An extension is allowed for valid causes such as the following: flood, storm, earthquake, lightning, or other natural disaster or calamity; act of public enemy in war, whether international or civil; act of omission of the shipper or owner of the goods or if the container is damaged or leaked; legal order or act of competent public authority; and other causes beyond the control of the shipper or agent.

“In case of failure to load within the pe­riod allowed, the cargoes for transshipment shall be shipped back to its port of origin at the expense of the carrier,” the draft noted.

Transfers or shifting of transshipment cargo from the carrier to the designated customs facilities and warehouses (CFW) and vice versa should be accompanied by a transfer note. A transfer note, commonly referred to as boat note, is a document that accompanies the transfer of transshipment cargoes to a CFW and serves as proof that the articles were delivered to or received at their intended destination, duly acknowl­edged on its face by the customs collector or his authorized representative.

Handling and moving of transship­ment cargoes from the carrier to and within the CFW must be continuously supervised by BOC and follow customs rules and regulation, including safeguard measures that ensure cargoes for trans­shipment will not be diverted to the domestic market.

Goods for transshipment with derogatory information will be verified through non-intrusive inspection or physical examination in the presence of a representative from the carrier and concerned regulatory agency.

The carrier, under the draft rule, must submit an electronic copy of the inward foreign manifest (IFM) to BOC through the Advance Manifest System (AMS) within the prescribed period.

The terminal facility op­erator should provide a well-secured fenced marshalling yard for storing containers for trans­shipment and must ensure there is no unauthorized withdrawal of such. The operator must also match the advanced manifest to the discharging sequence list from the master of the vessel as received on arrival.

BOC will also collect the fees for all transshipment cargoes. For sea cargoes, each inward movement will have a rate of P500 per twenty-foot equivalent unit (TEU), while each outward movement will cost P1,000 per TEU. For air cargoes, an ad­ministrative fee amounting to P1,000 per flight must be paid at the authorized agent bank.

If cargo is not loaded within the period allowed, the carrier will be fined P500 per TEU per day for sea cargoes and P100 per kilogram per day for air cargoes.

Any person who violates any provision of the CAO or its subsequent customs memorandum order will be penalized under Title XIV, Chapter 1, Section 1417 of the CMTA, with imprisonment of not less than 30 days and one day but not more than one year, or be liable for the following fines: P100,000 (first offense), P200,000 (second offense), and P300,000 (third offense). – Roumina Pablo

Image courtesy of hywards at FreeDigitalPhotos.net