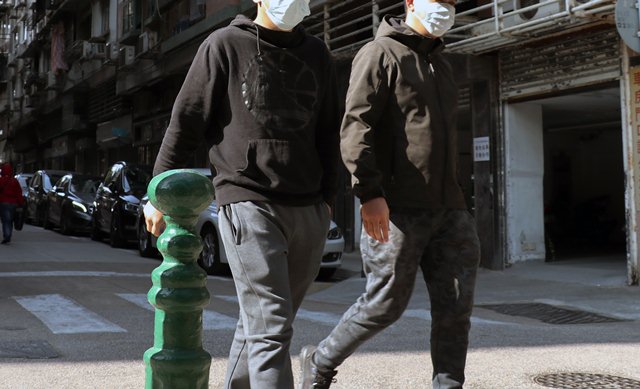 The recent outbreak of a novel coronavirus (COVID-19) in Wuhan, China, and its subsequent spread outside the country has heightened the risk to the growth of China and the ASEAN+3 region, according to new research from the ASEAN+3 Macroeconomic Research Office (AMRO).

“A disease outbreak in China—the ASEAN+3 region’s largest economy and the world’s second largest—resulting in a marked slowdown in its growth, is likely to have widespread spillovers to the region and the rest of the world. Estimates of the impact of the disease would depend on its duration, virulence and contagiousness,” said AMRO.

The report said China’s GDP growth in 2020 could be lowered by as much as 0.5 percentage point, taking into account the supporting measures by the government.

Moreover, the slowdown in China could result in a deduction of 0.2 percentage point from ASEAN+3 growth.

This possible scenario, it continued, assumes that the COVID-19 outbreak would:

The epidemic’s impact on China is projected to be short-lived but significant, said the AMRO report. A sharp slowdown is anticipated for Q1 2020, in both the manufacturing and services sectors, as restrictions on population movements disrupt both production and demand.

However, AMRO said manufacturers are likely to find ways to make up for most (if not all) of the lost production to meet demand, given that the manufacturing sector is relatively less constrained by production capacity.

“Hence, the manufacturing sector is likely to rebound strongly,” it added.

In the services sector, firms would have limited capacity to make up for the lost business days. Demand for several types of services, such as tourism, will not rebound sharply, and services provision cannot increase significantly in a short period. Hence, its rebound to pre-epidemic levels would be more gradual.

As to the impact on the ASEAN+3 Region, AMRO said that since most countries here have already been infected by the spread of the disease, their growth could similarly be affected as is developing in China.

“The main channel of impact has been through travel and tourism and their ancillary industries, as well as the production and export of intermediate inputs linked to the production of final goods in the highly affected areas in China,” the report said.

In addition, domestic measures to contain the outbreak can disrupt production (and investment) and impact consumption. How widespread and intense the impact will be will likely depend on the severity of the outbreak.

“Moreover, should the Chinese economy slow down more than expected during 2020, the effects on regional economies could be severe,” it added.

Tourism has been almost immediately affected, both by China’s restrictions on outbound travel groups, and from travel restrictions and advisories, as well as flight suspensions, by countries in the region (such as Malaysia and Singapore) and elsewhere in the world, on their own citizens and visitors from China.

Among the ASEAN+3, Cambodia and Thailand are expected to be most affected, and Vietnam and Hong Kong to a lesser extent (although the latter already suffered from low visitor arrivals as a result of the ongoing social unrest).

Additional negative effects could stem from a drop in tourists from other regions, particularly if infections within the ASEAN+3 region were to rise, or simply because of a rise in risk aversion against travelling.

Meanwhile, intra-regional trade in goods will also be hit by demand and production disruptions in China. Many regional economies are very open and well-integrated into regional and global supply chains, of which China is an important link. Goods trade between China and the ASEAN region has increased substantially over the last two decades, and the share of goods exports to China has risen for most regional economies, to more than a quarter of GDP in Vietnam, and more than 10% in Malaysia, Korea, and Lao PDR.

“However, consistent with our assumptions on the life of the epidemic, the supply chain disruptions are expected to be transitory and trade is expected to rebound in line with China’s demand for intermediate and final goods,” the analytical note released February 12 said.

But AMRO also found that online economic activities are helping to cushion the impact of the lockdown and quarantine on businesses.

“E-commerce accounted for 21 percent of retail sales in 2019, and a large share of the lost sales at shops owing to the coronavirus might be offset by an increase in online purchases. At the same time, online gaming, online social-media, streaming, education and other entertainment, which could be enjoyed even under quarantine, could support the services sector,” it said.

AMRO is a regional macroeconomic surveillance organization that acts as a policy advisor to ASEAN+3 members, which include the 10 member states of the ASEAN, and China, Hong Kong SAR, Japan, and Korea.