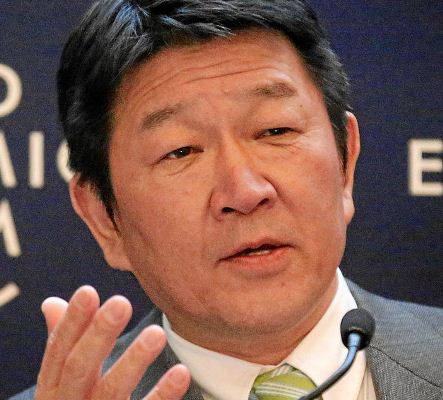 The 11 remaining member nations of the Comprehensive and Progressive Agreement for Trans-Pacific Partnership (CPTPP) have agreed to sign the deal at an official ceremony slated for March, according to Japanese Economic Minister Toshimitsu Motegi.

CPTPP is a replacement pact after U.S. President Donald Trump pulled his country out of the Trans-Pacific Partnership (TPP) agreement in 2017.

The agreement was reached during a two-day meeting January 22 to 23, 2018 in Tokyo, Japan, to finalize the CPTPP, where chief negotiators of the 11 member nations addressed disagreements among them, including Canada’s restriction of foreign films to protect its cultural industries.

Japan plans to explain the importance of the CPTPP to the U.S., the Japanese minister said on January 23, hoping that the country will be convinced to join the agreement.

The Ministry of Trade and Industry (MTI) of Singapore in a release January 23 said that last November, there was a substantive conclusion of the CPTPP.

“The Agreement would incorporate all commitments from the original TPP, except for a limited number of provisions suspended temporarily, and some remaining issues to be finalised. At the Tokyo round, Senior Officials resolved these outstanding issues, finalised the list of suspended provisions, and completed the legal verification of the Agreement. With that, negotiations on the CPTPP have been concluded,” said MTI.

This outcome, it added, reaffirms the CPTPP countries’ collective commitment towards greater trade liberalization and regional integration. “The CPTPP continues to be an important, high quality Agreement, and is a good example of a plurilateral agreement from which countries each stand to benefit. In this spirit, the Agreement will also be open for other willing and like-minded economies to join in future.”

Said Singapore Minister for Trade and Industry Lim Hng Kiang: “Singapore is pleased by the good outcome on the CPTPP. We have made significant efforts to uphold the spirit and substance of the original Agreement, while maintaining its high ambition and overall balance. The CPTPP will enhance trade among countries in the Asia-Pacific, resulting in more seamless flows of goods, services, and investment regionally.”

“Parties will now work towards signature of the Agreement by early March 2018,” said MTI.

Japan and Australia have been the flag bearers of the deal since the U.S.’s withdrawal, with Prime Minister Shinzo Abe and Prime Minister Malcolm Turnbull pledging in Tokyo last week their “personal commitment” to sign and seal the deal by March.

Japanese public broadcaster NHK reported March 8 as the date being mooted for the signing ceremony, to be held in Chile.