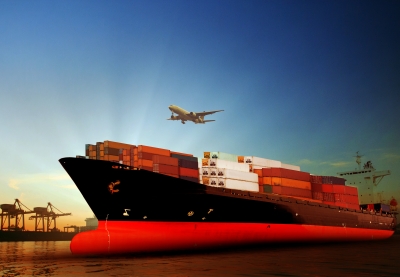 The Philippines has retained its membership in the European Union’s (EU) Generalized System of Preferences Plus (GSP+) program, which allows duty-free access of Philippine products to the European market, according to presidential spokesperson Harry Roque.

In a press briefing on January 20, Roque said the Philippines “stays” as a beneficiary of the EU’s GSP+ program, citing the country’s performance under a recently published biennial report on GSP by the European Commission (EC) and European External Action Service (EEAS).

In a later interview with reporters, Head of EU Delegation to the Philippines Franz Jessen, said European lawmakers are expected to discuss in February the conclusions of the GSP+ reports that assess the progress of the Philippines and 9 other country-beneficiaries in implementing international conventions that they have ratified.

GSP+ is based on the concept of sustainable development, and countries that wish to join must commit to effectively implement the 27 core international conventions on human and labor rights, environmental protection and good governance, in return for better access to the EU market.

Roque said the biennial GSP program report covering 2016 to 2017, jointly published by EC and EEAS on January 19, noted that the Philippines made progress in the areas of labor rights, environmental protection, climate change, and good governance.

Specifically, the report stated that “positive developments in areas such as gender equality, human trafficking, labour rights, reproductive health and protection of the environment were noted,” while progress on key issues is dependent on legislation still pending in Congress.

However, it noted that “serious concerns remain on the way the campaign against illegal drugs is conducted, in particular concerning the right to life, legal safeguards, effective investigation and prosecution, on the cooperation with UN (United Nations) mechanisms as well as on the possible re-introduction of the death penalty and the possible lowering of the age of criminal responsibility.”

Roque pointed out, however, that the evaluation done by the EU “are observations” and that the GSP+ status is a unilateral privilege granted to select countries.

“This means, they can take it away anytime. The GSP is meant to assist countries to reform. This is why the EU has continued to engage with the Philippines under the leadership of President Duterte,” he added.

The Department of Trade and Industry (DTI) in a statement said exports to the EU hit a 31% growth wherein EUR2 billion (nearly P125 billion) worth of Philippine products were exported through the GSP+.

“We are pleased to hear of the significant increase of our exports entering the EU market through the GSP+. This trade preference has benefitted several communities in the Philippines and opened opportunities for our Micro, Small, and Medium Enterprises (MSME). In the same manner, it has allowed our MSMEs to be more competitive in the local and foreign market,” Trade Secretary Ramon Lopez said.

The 31% growth of total Philippine merchandise exports to the EU amounted to US$8.4 billion in 2017. This makes the EU the third largest export partner of the Philippines, DTI noted.

The EU Delegation to the Philippines has different trade figures, however. Jessen said: “Thanks to completely removed duties for most products, the Philippines’ exports to the EU grew by over 21% since last year.”

An estimated P120 billion worth of exports were benefiting from GSP+ trade preferences, especially in the food and agricultural sector. This makes the EU the Philippines’ second largest export partner, after Japan and before the US and China.

“As part of the Philippines’s commitment under GSP+, the EU and the Philippines have an ongoing dialogue on the implementation of 27 international conventions on human and labour rights, the environment, and good governance. We see progress in some areas (for instance labour and environment), and have a frank discussion on others (such as death penalty),” Jessen said.

Once a country is granted with a GSP Plus status, the EU monitors that the beneficiary country abides by its commitments, otherwise a country may be withdrawn from the special program.

During the GSP+ monitoring cycle 2018-2019, the EU will engage with each GSP Plus beneficiary on the conclusions of the report and priority actions.

According to the EU Trade Preferences Monitoring Report released on January 19, the robust trade relations between the two parties were highlighted with EUR2 billion worth of Philippine exports in 2017 benefitting from the GSP+ compared to EUR1.66 billion in 2016.

Since the preferential treatment began in 2014, both the Philippines and EU have enjoyed the mutual benefits of GSP+ by letting Filipino MSMEs participate in a bigger value chain and giving the EU market more options for their consumers, DTI said.

Local communities can take advantage of the export opportunities under the GSP+, like the fishermen in General Santos and coconut farmers in Lanao del Norte did, as their products can join those of other MSMEs in contributing to the EU’s dynamic market.

“We acknowledge that the GSP+ has been an important tool in making the country’s economic growth more inclusive. It also encourages investors to come in and provide job opportunities to many Filipinos,” Lopez said.