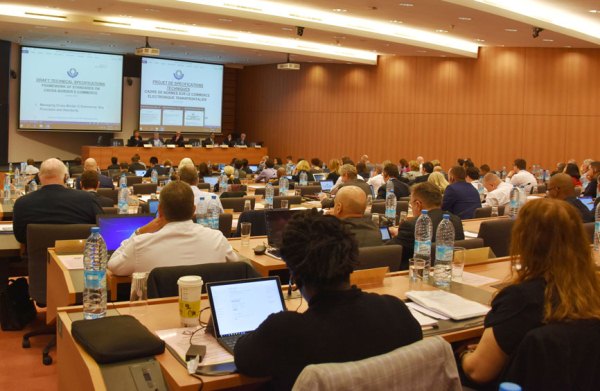 The World Customs Organization (WCO) Working Group on E-Commerce (WGEC) has completed its work on a comprehensive e-commerce package that builds on the Framework of Standards on Cross-Border E-Commerce and that will be submitted in the first half of the year for possible adoption.

The WGEC held its fifth and final meeting from February 18 to 22, 2019, bringing together over 175 delegates from customs administrations, other government agencies, the private sector, other international organizations, e-vendors/platforms/marketplaces, express carriers, postal operators, freight forwarders, customs brokers and academia.

Building upon the Framework of Standards on Cross-Border E-Commerce adopted by the WCO Council in June 2018, the WGEC carried out further work on the identified items as per the WGEC’s work plan.

All of these documents are aimed at further enriching the framework of standards and providing additional guidance for implementing the framework in an expeditious and harmonized manner, said WCO in a statement.

In addition, the WGEC finalized and approved the “Implementation Strategy, Action Plan and Capacity Building Mechanism” for effective implementation of the framework of standards by members, working in close cooperation with other relevant government agencies and stakeholders.

Furthermore, the WGEC developed two model templates for collecting members’ case studies on revenue collection approaches and implementation of the framework of standards.

The WGEC completed the development of a comprehensive e-commerce package, supplementing the already published Framework of Standards on Cross-Border E-Commerce, in less than three years, according to Ana B. Hinojosa, WCO director for compliance and facilitation.

Going forward, the documents finalized by the WGEC will be submitted to the Permanent Technical Committee and the Enforcement Committee in March 2019, the Capacity Building Committee in April 2019, and finally the Policy Commission and Council in June 2019, for their respective consideration and potential adoption.