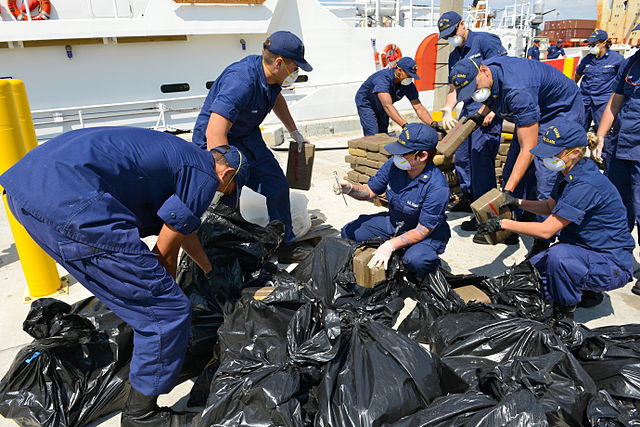 There were 45,497 drug trafficking cases submitted by 126 countries to the World Customs Organization (WCO) in 2018, up by 6.9% compared to the previous year, according to a new WCO report.

The 2018 Illicit Trade Report released this month by WCO said more than 1,324,094 kilograms of illicit narcotics were reported seized last year by customs officials monitoring some of the world’s most heavily trafficked border crossings, airports, international mail centers, railroads and ports. This is a decrease of 1.6% from the reported amount seized the preceding year.

The largest increase from 2017 to 2018 occurred in the other category, where trafficking spiked by 5,743 seizures. Meanwhile, reported seizures of khat exhibited the sharpest decline during this span of time, dropping by 5,211 instances.

Drugs in the other category exhibited the largest growth from 2017 to 2018, increasing from 2.1% of all seizures to 13.6% of all seizures. Meanwhile, opiate seizures saw a mild decline during this period, dropping from 5.1% to 4.1%.

In terms of detection methods that customs officials employed to seize the contraband, risk profiling—which entails screening shipments for red flags or indicators of illicit activity—is the most effective. In 2018, this method was employed in 73.4% of cases (36,268), netting 680,990 kilograms of drugs.

Routine control was the next most common detection method employed in 2018, yielding 8,975 cases and 167,470 kilograms of contraband, while accounting for 18.2% of the year’s cases.

Cocaine and psychotropic substances were associated with the greatest number of total reported seizures, even as cannabis was the most distributed drug. A hundred of the 125 countries (80%) reporting any category of drug seizure accounted for at least one seizure of cannabis. On the other hand, cocaine appears to be relatively concentrated in certain countries, with Brazil, the Netherlands, Chile and Colombia reporting the most seizures (excluding the United States).

By region, due to the extensive reporting of the United States, which accounted for 99.6% (27,699 of 27,820) of North American seizures, the region reported both the most drug seizures and the greatest quantity of product seized for both 2017 and 2018, while accounting for 56.3% of total reported seizures.

Similarly, North America reported a 58.6% increase in the number of seizures of psychotropic substances. By contrast, the quantity of cannabis seized reported in North America during the same period decreased by 24.3%.

On the intended drug trafficking flows from, to and within reporting regions for 2018, North America, once again, was the world’s top destination for smuggled narcotics. In fact, this region accounted for 11,207 (38.5%) of the 29,061 total trafficking flows, with 4,252 (37.9%) of the region’s flows classified as intra-regional, meaning the flow both originated and terminated in North America.