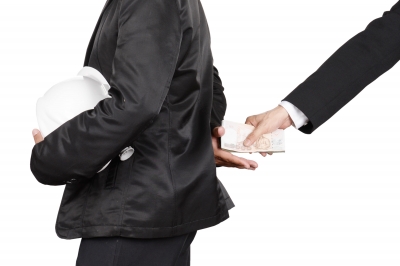 Corruption, restrictive import policies, and delays in processing of permits and clearances are among the barriers to American exports and investments entering the Philippines, according to a new report by the U.S. Trade Representative (USTR).

“Both foreign and domestic investors have expressed concern about the propensity of Philippine courts and regulators to stray beyond matters of legal interpretation into policymaking, as well as about the lack of transparency in judicial and regulatory processes,” the report said.

It added that concerns have been raised about courts being influenced by bribery and their improperly issuing temporary restraining orders to impede legitimate commerce. The report said the U.S. will continue to urge the Philippines to address these issues.

Moreover, “reports of corruption and irregularities in customs processing persist, including undue and costly delays (e.g., irregularities in the valuation process, 100% inspection and testing of some products, and customs officials seeking the payment of unrecorded facilitation fees).”

The report said that despite a firm commitment to the U.S. from the Bureau of Customs (BOC) to use transaction values to assess duties on imports, as provided for in the World Trade Organization (WTO) Customs Valuation Agreement, importers have reported that the customs agency continues to use reference prices for valuation of meat and poultry.

BOC has reportedly assigned a single reference value for all “other” pork offal (jowls, ear base, tongue, etc.), which does not reflect actual prices. Traders have reported that reference prices are frequently well above the transaction prices, which has the effect of imposing an artificially high tariff, the report noted.

Additionally, the requirement of the Department of Agriculture (DA) that importers obtain an SPS permit prior to shipment of any agricultural product and to transmit the permit to the exporter “adds costs, complicates the timing of exports, and prevents the transshipment to the Philippines of products intended for other markets.”

The report said this requirement also prevents an exporter from reselling an imported product if the importer refuses to accept delivery or abandons the shipment.

It particularly noted with concern the DA announcement on November 23, 2016 that it was revoking existing permits and suspending issuance of new ones.

“Permit holders were required to go through a lengthy validation process for existing permits. The DA took this action without prior notification or consultation with importers and did not make the details of the validation process available in advance to importers who held existing permits,” the report said. Starting December 1, 2016, the processing of new permits now includes a requirement that permits be signed by the agriculture secretary or his chief of staff, introducing further delays in issuance, it noted.

The report said the U.S. continues to work with the Philippine government to ensure that the new process does not hamper trade.

It noted that since 2005, the Philippines has maintained MAV levels at its Uruguay Round commitments despite the dramatically increasing demand in the Philippine market for products subject to the MAV.

“The Philippine government increases in-quota volumes of affected MAV commodities in times of shortages, but because of its lack of predictability, the practice does not serve to relax the Philippines’ restrictive agricultural import regime,” it stated.

On meat handling, the report said the Philippines’ two-tiered system for regulating the handling of frozen and freshly slaughtered meat for sale in local “wet” markets “imposes more burdensome requirements on the sale of frozen meat, which is primarily imported, than it does on the sale of freshly slaughtered meat, which is only from animals raised domestically.”

The U.S. continues to press the Philippine government to remove the “unscientific requirements placed on frozen meat,” continued the report.

In terms of procurement, the Philippine government’s procurement law imposes a countertrade requirement of 50% of the value of the supplier’s supply contract for procurements of imported equipment, materials, goods, and services over $1 million in value, with penalties for non-performance of these obligations.

“However, the Philippine government has not enforced this requirement during the past few years,” the report said.

It likewise noted the hurdles imposed by the country’s significant restrictions on foreign investment. The Philippine Constitution prohibits foreigners from owning land in the country, but allows for a 50-year lease, with one 25-year renewal.

“An ambiguous deed and property system can make it difficult to establish clear ownership of leased land, however, and an inefficient judiciary results in land disputes that can extend indefinitely. U.S. investors report that these disputes can be a particularly significant barrier to investment in mineral exploration and processing sectors,” the report said. – Roumina Pablo

Image courtesy of Pitiya at FreeDigitalPhotos.net