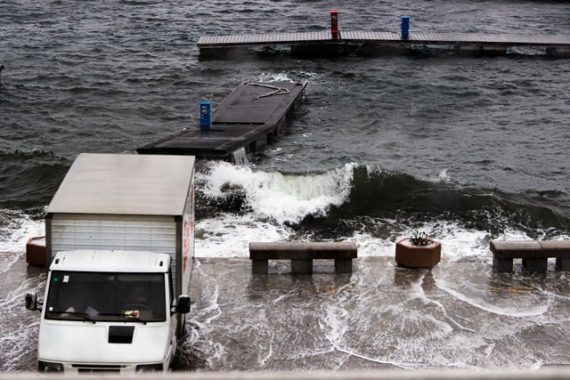 China saw slower growth in economic activity in July mainly as a result of flooding, and this slowdown is expected to continue in August as more floods and tighter social distancing measures affecting port operations and people flows all weigh on growth, according to a new ING Economics analysis.

In industrial production automobile manufacturing contracted 8.5% year-on-year in July, which was due to the semiconductor chip shortage. Production for technology and computers continued to grow but at a slightly slower pace of 13.0% year-on-year in July from 13.4% in June. “We don’t believe this growth will be sustained in the coming months because the chip shortage is a global issue. China cannot escape from it,” said ING.

ING said August will be even slower for China as it sees an increase in risk factors, including more floods in China and the spread of the Delta Covid-19 variant in the Mainland.

Moreover, strict social distancing measures have affected the ports in Ningbo and Shanghai, which are close to each other. “This will negatively affect import and export activity around the area of Shanghai. We expect terminal congestion might take several months to clear.”

The chip shortage is likely to linger for at least two years, according to reports, which will gradually be reflected in slower production growth and related exports.

The report also believes that the China-US relationship is not going to improve anytime soon. “There are many disagreements between the two on international politics. Furthermore, there remains a technology war between the two countries.”

Photo by Federico Burgalassi on Unsplash