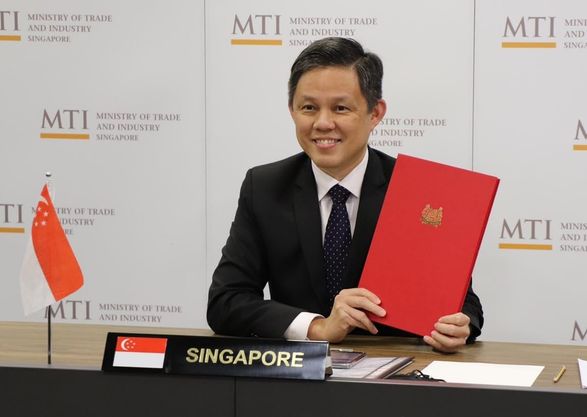 A bilateral investment treaty between Singapore and Indonesia that offers greater protection for Singapore businesses venturing into the Indonesian market and vice versa has come into force.

The Singapore-Indonesia Bilateral Investment Treaty (BIT), which establishes rules on the treatment of investors and investments from both countries, entered into force on March 9 with the exchange of the instruments of ratification.

Indonesian Foreign Minister Retno Marsudi said the treaty could potentially boost two-way investment by between 18% to 22% over the next five years.

The pact will also serve as an important step for the two nations to expedite economic recovery after COVID-19, she added.

The treaty, first signed in October 2018, is also the first of its kind to take effect in Indonesia after years of review by the government.

Singapore has been Indonesia’s largest foreign investor since 2014. In 2020, its investments in Indonesia reached a record US$9.8 billion, an increase of 6.5% year-on-year, despite the COVID-19 situation, according to Singapore’s Minister of Trade and Industry Chan Chun Sing.

Singaporean companies have also shown significant interest in Indonesia’s Omnibus Law on Job Creation, enacted in November last year with the aim to streamline regulations and improve the quality and productivity of Indonesia’s workforce.

“Together with the Omnibus Law, the BIT and DTA will strengthen the overall regulatory framework for investments between Singapore and Indonesia and continue to boost the confidence of our business communities as they venture into each other’s markets. This will allow Singapore and Indonesia to leverage each other’s strengths towards post-pandemic economic recovery,” Chan said.