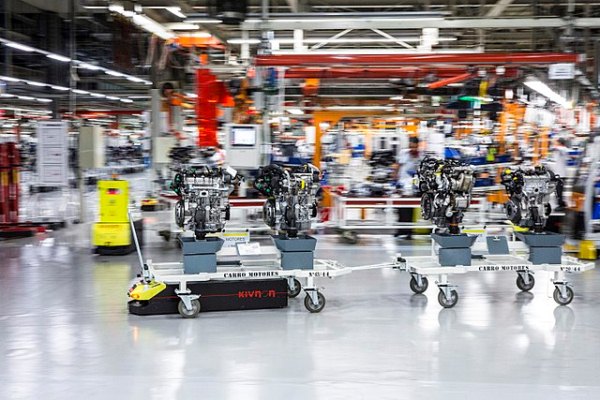 Up to 20 million manufacturing jobs—or 8.5% of the global manufacturing workforce—could be displaced by industrial robots by 2030 as the usage of robots accelerates across the world, according to a report issued by British think tank Oxford Economics.

The think tank in its report said that over the past two decades, the number of robots in use worldwide has multiplied threefold to 2.25 million. The global stock of robots will multiply even faster in the next 20 years, reaching as many as 20 million by 2030.

In China alone the robot stock could reach 14 million over the next two decades, as “today, approximately one of every three new manufacturing robots is being installed in China, the world’s great workshop,” the report said.

China now accounts for around one-fifth of the world’s total stock of robots—up from just 0.1% in 2000. In 2017, China expanded its lead as the world’s largest market for industrial robots, accounting for 36% of global sales, up from 30% in 2016.

The report found that each newly installed robot displaces 1.6 manufacturing workers on average.

“The effects of these job losses will vary greatly across countries and regions, with a disproportionate toll on lower-skilled workers and on poorer local economies,” the document said.

“In lower-skilled regions robots have been found to lead to almost twice as many manufacturing job losses. In many places, the impact will aggravate social and economic stress in times when political polarization is a worrying trend.”

In the meantime, robot usage will lead to millions of new jobs being created throughout all sectors and improve productivity growth, the study showed.

“The rise of the robots will boost productivity and economic growth. And it will lead to the creation of new jobs in yet-to-exist industries. But existing business models in many sectors will be seriously disrupted and millions of existing jobs will be lost.”

Across the world, a 1% increase in the stock of robots per manufacturing worker can lead to a 0.1% boost to productivity, the study predicted.

The study suggests that a 30% rise in robot installations by 2030 would bring a 5.3% boost to global GDP compared with its current forecast.