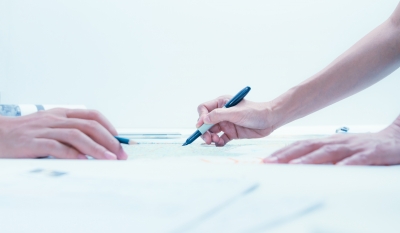 World Trade Organization (WTO) members on July 21 took up a proposal which proponents said would facilitate the participation of micro, small and medium-sized enterprises (MSMEs) in global trade by establishing rules to bring about greater transparency and access to information pertaining to government regulations on food and product safety.

The discussion took place in the negotiating group on non-agricultural market access (NAMA), which held its first substantive meeting since 23 July 2015. Since that time, negotiations in the group had stalled as members could not agree on the scope and level of ambition of talks to open markets for trade in industrial goods.

The transparency proposal – put forward by the European Union; Hong Kong, China; Chinese, Taipei; and Singapore — calls for WTO ministers to agree by the 11th Ministerial Conference in Buenos Aires this December on a series of actions, including the development of a common internet portal for sharing information, greater consultation with stakeholders and notification of final changes to domestic regulations covered in the WTO’s agreements on sanitary and phytosanitary (SPS) measures and technical barriers to trade (TBT).

The proposal received support from many Asian and European delegations as well as several delegations from Latin America. These supporters of the proposal said timely access to thorough information on any changes to members’ SPS and TBT regulations would lower trade costs for MSMEs while helping these smaller companies better understand market access opportunities in other countries. In their view, lack of information disproportionately affects these companies.

But opponents, which included many African members, including the African Group coordinator, some Latin American members and the United States, raised different types of concerns. Some are concerned that the adoption of this proposal might lead to an increased administrative burden in developing countries and may impinge on governments’ right to regulate. Others questioned whether the NAMA negotiating group was the right forum for such discussion given that agricultural products would also be covered by the proposal and some opponents doubted there was enough time to have an agreement by the December Ministerial Conference.

Finally, some of the opponents considered that the proposal raised complex legal issues which would be best discussed in the SPS and TBT committees, where the experts could look at the issues in more detail.

Responding to questions and concerns on the proposal, the European Union said the text was relatively short, so if members were focused it would not be difficult to achieve agreement by December on its text. The EU delegate said the NAMA negotiating group was the right forum for discussing this issue because many members have concerns that TBT and SPS measures have been used as non-tariff barriers which are taken up in the committee. Excluding agricultural products would be the easy way out, but they should also be addressed in the committee, said the EU, because trade in such products are of great importance to developing countries. The EU said it was open to discussions on how best to ensure that developing countries received adequate technical assistance and special provisions should the proposal be agreed by ministers.

Didier Chambovey, the Swiss ambassador to the WTO who chairs the NAMA negotiations, concluded by saying that the negotiating group had taken note of the comments, advised the EU and other proponents to meet with delegations opposing the proposal, and concluded by saying that he stood ready to hold informal consultations on the matter “should further developments take place”. – WTO