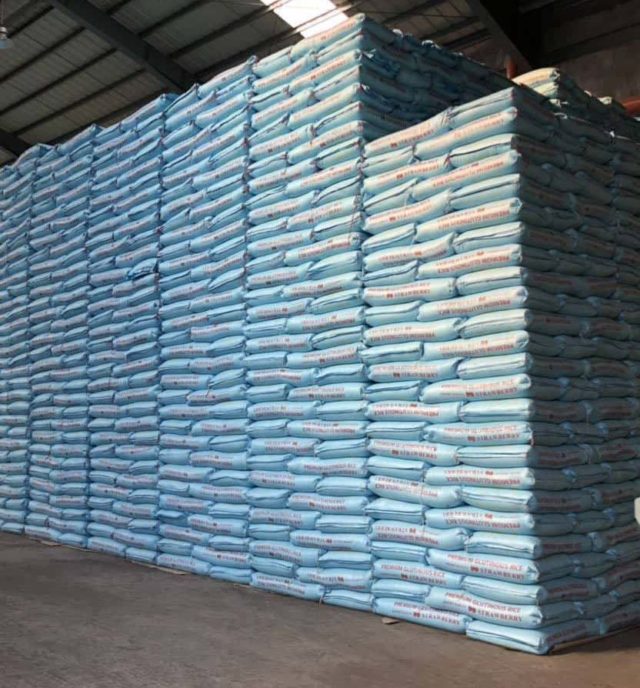 Under the Philippines’ newly enacted Rice Tariffication Law, tariff on imported rice will be imposed starting on March 5, according to the Department of Finance (DOF).

DOF in a statement said the National Food Authority (NFA) Council approved the implementation of the tariff in a meeting on February 18.

Republic Act (RA) No. 11203, or An Act Liberalizing the Importation, Exportation, and Trading of Rice, Lifting for the Purpose the Quantitative Import Restriction on Rice, and for Other Purposes, was signed by President Rodrigo Duterte on February 15.

In a meeting presided by Finance Secretary Carlos Dominguez III, the NFA Council also approved a motion instructing the NFA to submit a restructuring plan within 30 days, instead of its initial proposal of 180 days.

Dominguez presided over the meeting as endorsed by Agriculture Secretary Emmanuel Piñol, who chairs the NFA Council. The meeting was called to discuss immediately the Implementing Rules and Regulations (IRR) of RA 11203. Piñol, however, was absent during the meeting.

“Our objective in liberalizing rice imports is to bring down the costs of the staple. Our price is 50% higher than the others, including Singapore, which does not produce rice. Will it take us 180 days to effect a reduction in the cost of living for the people?” Dominguez said during the meeting.

He also proposed that the National Economic and Development Authority (NEDA) determine what funds could be freed up once the NFA is restructured so as to ensure support for the farmers while the Rice Competitiveness Enhancement Fund (RCEF) mandated under RA 11203 is still being set up.

Trade Secretary Ramon Lopez, also during the meeting, said the reorganization of NFA can be done separately from the shift from quantitative restrictions (QRs) to tariffs, as the latter could—and should—be implemented faster.

The NFA Council also approved the transfer effective March 3 of the NFA functions to the Department of Agriculture (DA) as provided under RA 11203.

On the transfer of the Food Development Center from the NFA to the DA, Dominguez said it could also be done faster than the initial NFA proposal of 60 days.

Under 11203, in lieu of QRs, the maximum bound rates committed under the Uruguay Final Act (The Final Act Embodying the Results of the Uruguay Round of Multilateral Trade Negotiations) shall be imposed on agricultural products whose QRs are repealed by the new rice tariffication law.

For the tariff equivalent of the QR on rice, the bound rate shall be as notified by the Philippines to the World Trade Organization (WTO).

If within the minimum access volume (MAV) committed by the Philippines of 350,000 metric tons and coming from a non-Asean country, the in-quota tariff indicated in the applicable provisions of the WTO Agreement on Agriculture (WAA) 40 percent shall apply.

For rice imports originating in Association of Southeast Asian Nations (ASEAN) member states, the import duty rate under the ASEAN Trade in Goods Agreement of 35 percent shall apply.

For rice imports originating from non-ASEAN WTO member states, the out-quota tariff rate is 180% if above the MAV.

All importers of rice are required to secure a sanitary and phytosanitary import clearance from the Bureau of Plant Industry prior to importation.

To protect the Philippine rice industry from sudden or extreme price fluctuations, a special safeguard duty on rice shall be imposed in accordance with RA 8800 (Safeguard Measures Act).

An equitable and transparent mechanism for allocating the MAV of agricultural products whose QRs have been lifted under RA 11203 shall be “developed and established, having the least government intervention, addressing the requirements of each geographical area, and without entailing any cost to importers/users of these products to the detriment of local consumers and other end-users.”

In the case of rice, its MAV will revert to its 2012 level of 350,000 metric tons as indicated in the Philippine commitment to the WTO.

RCEF, meanwhile, will be allocated and disbursed to rice-producing areas, with 50% utilized as grant-in-aid to eligible farmers’ associations, registered rice cooperatives and local government units, in the form of rice farm equipment to improve farm mechanization.