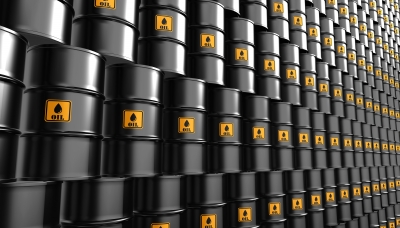 The Philippine Bureau of Customs (BOC) has finally released implementing rules for its fuel marking program, which mandates marking and testing of petroleum products under the Tax Reform for Acceleration and Inclusion (TRAIN) law.

Customs Memorandum Order (CMO) No. 43-2019, signed by Customs commissioner Rey Leonardo Guerrero on August 9, implements Joint Circular (JC) No. 01-2019, which in turn executes the mandatory marking—after taxes and duties have been paid—of refined, manufactured, or imported gasoline, diesel and kerosene in the Philippines, including those withdrawn from Free Zones to be introduced into the country.

Formally launched last February, the program includes random field testing and confirmatory of the fuel required to be marked to check for compliance with the mandatory marking requirement.

Marking of fuel products, whether imported or manufactured in the Philippines, becomes mandatory five years after the TRAIN law took effect January 2018.

Last month, the Department of Finance (DOF), BOC, and Bureau of Internal Revenue (BIR) conducted the first live marking of petroleum products at the Seaoil Bulk Terminal in Mabini, Batangas, launching the implementation of the program in the Philippines.

CMO 43-2019 states that unless otherwise provided by law, petroleum products mandated to be marked are diesel, gasoline, and kerosene. Covered petroleum products imported in bulk should be discharged only at the ports of Batangas, Limay, Subic, Davao, Cagayan de Oro, Cebu, Tacloban, and Iloilo.

When recommended by the Project Implementation Office (PIO), the Customs commissioner may include other ports as authorized ports of discharge for gasoline, diesel, and kerosene fuel imported in bulk.

The PIO will be the central monitoring office, which will be under the Enforcement Group deputy commissioner, to supervise, monitor, formulate and prepare rules on implementing fuel marking. A Fuel Marking One-Stop Shop will also be established at ports to ensure taxes are paid according to the actual volume of fuel discharged, and that only tax-paid petroleum products are marked before release from customs-controlled premises.

All bulk petroleum products for fuel marking that arrive at the ports of discharge not specified under CMO 43-2019 may be discharged at the nominated port of discharge of the importer upon notification to the district collector of the port where the fuel will be discharged.

All petroleum projects for marking may be discharged at the nominated port of discharge of the importer subject to the notification of the district collector and PIO.

Petroleum products for marking discharged at ports of discharge not specified under CMO 43-2019 without the proper notification will be presumed to be imported with intent to evade payment of duties and taxes.

All petroleum products not subject to fuel marking, on the other hand, may be discharged at nominated ports of discharge.

BOC will collect fuel marking fees simultaneous with the payment of internal revenue taxes on imported petroleum products. For this purpose, BOC’s Management Information System and Technology Group will assign a specific account code in the electronic-to-mobile system for the collection of fuel marking fee.

All petroleum products, including those entered through Free Zones and declared in transit, will be marked with the official fuel marker upon payment of duties and taxes.

Only petroleum products for domestic consumption with proof of payment of taxes will be marked.

If the fuel imported is not in bulk, the marking will be manually administered on each receptacle or container upon payment of duties and taxes.

All petroleum products for marking that are used to propel vessels engaged in trade with foreign countries will be marked with the official fuel marker, provided that if refund of the taxes paid will be availed of, the marked fuel will be diluted with the same volume of unmarked fuel to prevent its reintroduction into the country.

Locally refined or manufactured and imported petroleum products which have been fully marked with the official fuel marker will be deemed for domestic distribution, use, or consumption within the Philippine territory.

No marked fuel, in whole or in part, will be allowed to be removed or transferred for exportation. Exportation will be allowed only if no refund of the taxes paid for the petroleum will be availed of, and the marked fuel will be diluted with the same volume of unmarked fuel to prevent reintroduction into the country.

The fuel marking provider shall develop and implement a comprehensive field testing program to ensure full risk-based coverage of the network of retail sites, fuel storage facilities, conveyances and warehouses in the country.

In line with BOC and BIR’s mandate, field testing areas such as vessels, depots, warehouses, tank trucks, or other similar fuel-transporting vehicles will be supervised by BOC.

The use of fraudulent marker on the petroleum products will be considered prima facie evidence that the same products have been withdrawn or imported without the payment of taxes and duties due.

If a petroleum product is found without the official fuel marker or the required level of marker, the apropriate excise tax will be assessed and collected, including the appropriate penalties, without prejudice to confiscation and forefeiture of such unmarked or diluted fuel and the filing of appropriate criminal case.

Applicable offenses and penalties imposed under Title X of the National Internal Revenue Code and Title XIV of the Customs Modernization and Tariff Act will apply to violations under CMO 43-2019 and other related rules.

Upon effectivity of CMO 43-2019, all tax-paid gasoline, diesel, and kerosene stored in all depots/terminals will go through stocktaking. Thereafter, no petroleum product intended for the domestic market, in whole or in part, will be imported or removed from its place of storage without payment of tax and without being marked.

Six months after the rollout of the program, all petroleum products found in the domestic market, including those stored in storage tanks, depots, and terminal facilities, will be tested for compliance with the program. – Roumina Pablo