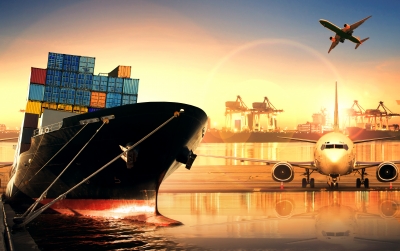 The European Parliament is once again urging Philippine authorities to stop the alleged extrajudicial killings (EJKs) through their war on drugs, saying these actions are against the country’s international obligations under programs such as the European Union’s (EU) General Scheme of Preferences Plus (GSP+) and the PH-EU Partnership on Cooperation and Agreement (PCA).

In a resolution adopted on April 18, the EU Parliament “reminds the authorities of the Philippines of their obligations under international law, the GSP+ scheme and the PCA, notably with regard to human rights, and of the consequences of failure to comply.”

It also stresses that “while the progress in the implementation of the GSP+ conventions is largely positive, strong concerns remain around human rights violations related to the war on drugs.”

The legislative body of the EU said that since July 1, 2016, around 12,000 people, including women and children, have reportedly been killed in the Philippines in the ongoing campaign against drugs, which “President (Rodrigo) Duterte has vowed to continue” until the end of his presidential term in 2022.

The EU Parliament has also called on the European Commission (EC) and the EU’s External Action Service (EAS), which is the diplomatic service that helps carry out the EU’s common foreign and security policy, to use all available instruments, including the PCA, “to persuade the Philippines to put an end to extrajudicial killings related to the anti-drug campaign and, in the absence of substantive improvements, to initiate the procedural steps which could lead to the temporary withdrawal of the GSP+ preferences.”

The legislative body also requests the EU to use all available instruments to assist the Philippine government “in respecting its international human rights obligations.”

The resolution also condemns the alleged intimidation of defenders, activists and journalists, and the abuse of their human rights, while calling for a stop to the reintroduction of death penalty, which is against Philippines’ international obligations, such those under the GSP+ scheme and PCA.

In its recent biennial report on GSP, the EC and EAS noted that “serious concerns remain on the way the campaign against illegal drugs is conducted, in particular concerning the right to life, legal safeguards, effective investigation and prosecution, on the cooperation with UN (United Nations) mechanisms as well as on the possible re-introduction of the death penalty and the possible lowering of the age of criminal responsibility.”

GSP+ is a program of the EU that allows duty-free access of beneficiary-countries’ products to the European market.

GSP+ is based on the concept of sustainable development, and countries that wish to join must commit to effectively implement the 27 core international conventions on human and labor rights, environmental protection, and good governance, in return for better access to the EU market.

Once a country is granted with GSP+ status, the EU monitors the beneficiary country to see if it abides by its commitments; otherwise, the country may be removed from the special program.

According to the EU Trade Preferences Monitoring Report released last January 19, the robust trade relations between the two parties were highlighted, with EUR2 billion worth of Philippine exports in 2017 benefitting from the GSP+ compared to EUR1.66 billion in 2016.

PCA, meanwhile, was signed in 2012 and entered into force this year following the Senate’s ratification. It provides a new and enhanced legal framework, enabling the EU and the Philippines to strengthen their bilateral relationship, in particular on political, social and economic matters, including human rights.

In turn, Foreign Affairs secretary Alan Peter Cayetano has lashed out at the EU Parliament for its resolution. In a statement, Cayetano said, “The European Parliament has crossed a red line when it called for unwarranted actions against the Philippines.”

“This resolution that the European Parliament just adopted is based on biased, incomplete, and even wrong information, and does not reflect the true situation on the ground,” Cayetano said.

“In case the members of the European Parliament are not aware of it, may we remind them that their recommended actions already constitute interference in the affairs of a sovereign state,” he added.