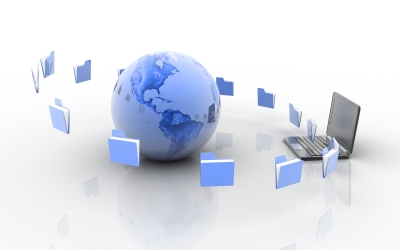 Philippine Finance Secretary Carlos Dominguez III has directed Bureau of Customs (BOC) officials to set up data exchange arrangements with South Korea, Japan, and the United States, similar to the one the country forged with China earlier, to ensure the seamless exchange of trade-related information between the Philippines and these major trading partners.

China, South Korea, Japan, and the US represent the Philippines’ top four trading partners that Dominguez wants the BOC to closely work with in monitoring shipments and checking discrepancies in trade data.

Dominguez said Customs Commissioner Isidro Lapeña and other BOC officials should establish communication lines and coordinate with the heads of the customs agencies of these four countries to accomplish this goal.

“You have to be able to pick up the phone and call them (the heads of other customs agencies) personally,” Dominguez told BOC officials during a recent Executive Committee meeting of the Department of Finance (DOF). BOC is an attached agency of DOF.

In a press briefing later, Dominguez said that “I asked him (Lapeña) to go to four countries: China, Japan, Korea, and the US. These are our four biggest trading partners.”

On his visit to Beijing last February 8 to February 10, Lapeña and his Chinese counterpart agreed to set up a data exchange system to facilitate the timely sharing of trade information in aid of their campaigns against smuggling and tax evasion.

The request for information was in compliance with Dominguez’s directive to Lapeña in 2017 for the BOC to check the narrowing but still significant gap between China’s registered export volumes to the Philippines and data on Philippine imports from China as officially reported here.

Following Dominguez’s order, Lapeña went to Beijing in February to personally discuss with officials of the General Administration of Customs of China (GACC) the Philippines’ concerns over these trade discrepancies.

During their meeting, the GACC officials expressed China’s support for the Philippines’ anti-smuggling efforts and agreed to designate focal persons from the two countries to facilitate coordination between their customs agencies.

According to BOC, a cooperative arrangement between BOC and GACC is scheduled to be signed during a proposed visit of Chinese officials to Manila in April this year.

Lapeña also met with director Yuan Ziwei and deputy director Zhao Ru Xiao of GACC’s international cooperation division to discuss the progress of the Philippines-China agreement concerning cooperation and mutual assistance in customs matters. The pact was signed by the two countries in April 2010.

In December last year, Dominguez said official trade data show that the estimated discrepancy between registered Chinese exports to the Philippines and registered Philippine imports from China has been declining but still very large, with the gap reported at 60% in 2010; 57% in 2015; 48.7% in 2016; and 48% over the January-July 2017 period.

Registered Chinese exports to the Philippines in 2010 were at US$11.56 billion, but Philippine imports from China as reported by the Philippine Statistics Authority (PSA) amounted to $4.628 billion only, resulting in a trade discrepancy of 60% or $6.936 billion.

Compared to the previous years and to the same period in 2016, the January-July 2017 trade gap between China and the Philippines declined. From January to July last year, China’s exports to the Philippines were estimated at $17.10 billion, while PSA reported imports from China at $8.79 billion, or a discrepancy of 48.6% at $8.31 billion.

“It is going down but it’s still large,” Dominguez said.

Lapeña earlier reported to Dominguez that the wide discrepancy between China’s recorded exports and imports to the Philippines may be attributed to the gross misdeclaration or undervaluation of goods in terms of either volume or weight; and the possible use of “consignees for hire,” which leads to goods released to “hidden” traders and not to the consignees on record.

Image courtesy of rajcreationzs at FreeDigitalPhotos.net

IMF sees 7.6% AsPac rebound in 2021 but marked with wide divergence

IMF sees 7.6% AsPac rebound in 2021 but marked with wide divergence

Romelda Ascutia - April 20, 2021
0
Asia Pacific will grow 7.6% this year and 5.4% next year, but with broad differences across countries and sectorsExports and manufacturing have...
Read more

Romelda Ascutia - April 19, 2021
0
Southeast Asian region now accounts for more than 23% of US imports in terms of the number of containersMany Southeast Asian countries...
Read more