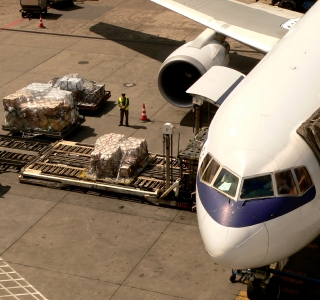 The Philippine Bureau of Customs (BOC) has implemented the “switch-on” mode for the electronic submission of airfreight manifest, which will require stakeholders to submit the air way bill (AWB) before lodging their entries. This also means penalties will be imposed on late submission of manifests.

BOC-accredited value-added service providers (VASPs), in their advisories, reminded clients of the implementation, which was moved to June 17 from the original target date of June 16.

The policy took effect at 1:00 am on June 17 after the regular maintenance restart of BOC’s electronic-to-mobile (e2m) system at 12:00 midnight.

The implementation comes after three months of stakeholder consultations and information dissemination by VASPs to their clients.

Last February, BOC-Ninoy Aquino International Airport (BOC-NAIA) issued a memorandum to VASPs ordering the strict observation of the guidelines of Customs Memorandum Order (CMO) No. 10-2015 for the mandatory submission of manifests for air cargo, in preparation of the switch-on mode.

In May 2015, BOC started to implement CMO No. 10-2015, which mandated that all manifests for air cargo be filed electronically with the BOC through VASPs. But this was done on “switch-off” mode as part of the program’s pilot testing. The switch-on mode—previously scheduled for rollout in December 2015—was supposed to start on March 15, 2016 but did not proceed.

InterCommerce Network Services, Inc. (INS), one of three BOC VASPs, told clients to “expect manifest checking to be done immediately once the server is out.”

With the switch-on mode, all electronic import entry declarations lodged by customs brokers in the e2m are automatically “matched” with details of the electronic master AWB (airway bill)/house AWB (HAWB), precluding the need for manual intervention.

If the corresponding e-MAWB (electronic master AWB)/HAWB is not found in the e2m, the system will reject the import entry lodged and transmit an error message to the VASP used by the customs broker.

BOC noted that the AWB of informal entries will be manually discharged after payment of customs duties and taxes.

BOC noted that if an airline or air express operator submits the e-IFM after cut-off, it is considered a late submission subject to a penalty of P10,000.

As for the e-CCM, cut-off is one hour after the aircraft has arrived. If the e-IFM is submitted late, the e-CCM will be accepted without penalty if submission through the e2m does not exceed 24 hours after the e-IFM is registered by the Office of the Deputy Collector for Operations.

The no-penalty policy will also apply if e-IFMs are not validated in time due to system errors or late encoding of date of last discharge.

There have been efforts since 2010 to implement the electronic submission of airfreight manifest, entailing several meetings between BOC, stakeholders, and VASPs. Since 2011, eleven airlines have been doing voluntary electronic submission, and as of May 2015, VASPs said compliance was at 50%. – Roumina Pablo