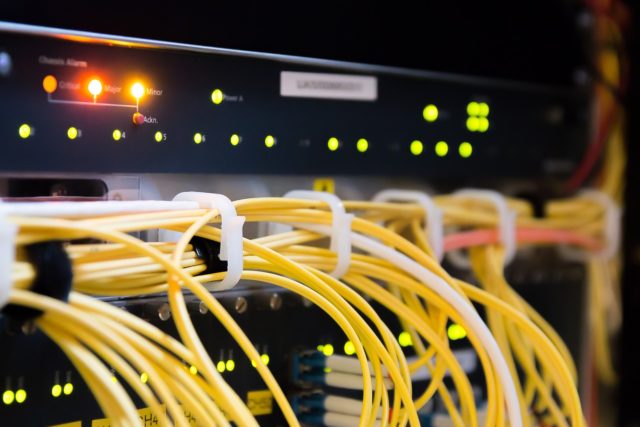 The Philippines’ Bureau of Customs (BOC) Management Information System and Technology Group (MISTG) is implementing projects and measures to enhance the performance of the bureau’s electronic-to-mobile (e2m) system over the next five years.

MISTG deputy commissioner Noel Patrick Prudente, in a Lower House Committee on Ways and Means hearing on May 21, said BOC has tapped Dubai-based customs solutions provider Webb Fontaine to do maintenance and upgrade works on the e2m.

Webb Fontaine is the subcontractor that installed the e2m software back in the mid-2000s. Prudente noted that with no maintenance or upgrade done by contractors on the e2m system since its launch, the system has been experiencing slowdowns for years.

The upgrade could make the e2m system “reliable within the next five years,” Prudente told PortCalls in an interview after the hearing.

Once Webb Fontaine upgrades the system, Prudente said MISTG will retire BOC’s old computing system, the Automated System for Customs Data World (AsycudaWorld), using it only as a redundancy.

He noted that BOC’s AsycudaWorld system is only capable of single computing, which slows down operations, while the system to be provided by Webb Fontaine allows for parallel computing. Prudente likened BOC’s Asycuda World to an old Nokia model phone, and the new system to an iPhone’s system that can easily handle different tasks all at once.

To complement the improvement of the software, Prudente said BOC is procuring a high-performance server to enhance hardware for the e2m system. He said they plan to put clusters and dedicated servers in place so the system will not “choke” with multiple transactions.

The procurement of the high-performing server has been included in BOC’s 2017 appropriations, and is already in the pipeline of the Philippine International Trading Corporation, which the bureau tapped this year to do procurement for some of its projects.

Aside from these enhancements, Prudente said MISTG implemented policy changes to ensure security of data and integrity of e2m. He said MISTG created policy guidelines on the extraction of data, and removed the remote access to e2m to stop the rampant unauthorized access to the system. Upon the Customs commissioner’s instructions, MISTG also resets the password of e2m weekly. At the same time, MISTG transferred non-MISTG functions like encoding of HS values to other BOC offices.

Earlier, Prudente said MISTG is making sure there is a paper trail to promote transparency of processes and accountability of officials and personnel.

Aside from internal-led projects, BOC is also waiting for the World Bank’s proposed project that seeks to modernize and automate BOC processes. Earlier, Customs commissioner Isidro Lapeña said he was eager to implement the Washington-based lender’s US$200 million Philippines Customs and Trade Facilitation Project that aims to support export-led economic growth by assisting BOC in its efforts to reduce trade costs, improve transparency, and increase revenue collection.

BOC is currently working on all the requirements needed to have the project listed in the WB’s Board table for approval by the middle of the year. – Roumina Pablo