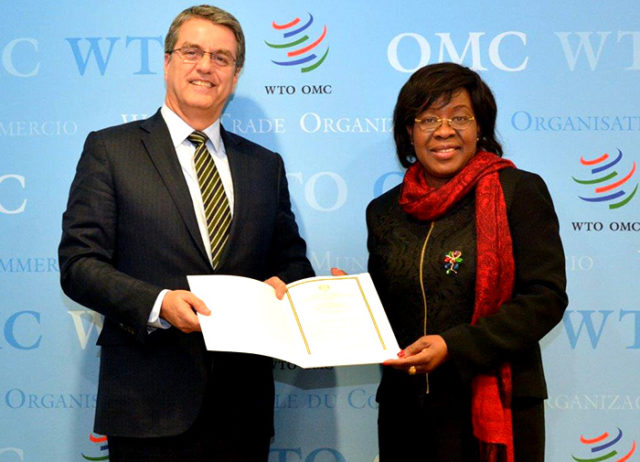 Gabon and the Kyrgyz Republic have ratified the Trade Facilitation Agreement (TFA), putting the total number of ratifications from members at 102. Only eight more ratifications are needed to bring the TFA into force.

The TFA will enter into force once two-thirds of the WTO membership has formally accepted the Agreement.

The TFA broke new ground for developing countries and least developed countries in the way it will be implemented. For the first time in WTO history, the requirement to implement the Agreement was directly linked to the capacity of the country to do so. In addition, the Agreement states that assistance and support should be provided to help them achieve that capacity.

Implementation of the WTO Trade Facilitation Agreement has the potential to increase global merchandise exports by up to $1 trillion per annum, according to the WTO’s flagship World Trade Report released on 26 October 2015.  Significantly, the Report also found that developing countries will benefit significantly from the TFA, capturing more than half of the available gains.