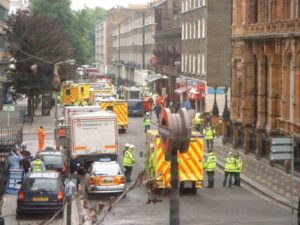 Since it began operating last year, the National Targeting Centre (NTC) system of the Royal Malaysian Customs Department has been effective in exposing illicit financing of terrorist activities, according to the head of the customs agency.

Customs director-general Datuk Seri T. Subromaniam told local media that the system has enabled the department to detect dubious or suspicious shipments and financial transactions that might be used in money-laundering activities to fund terrorism.

Terrorists need sources of funds to support their activities, and one of these important sources is via trade, which the official said is called trade-based money laundering.

Under this method, trade can be used as a means or a disguise to launder money, he said.

He added that the NTC system is designed to trace any “outliers,” and raise red flags in case of any peculiarities or irregularities in the price of the cargo or in the profile of the importer or exporter.

As an example, Subromaniam cited someone that imports certain goods which have been over-valued by several times. “If the value declared is higher than actual value of the item, it would raise a red flag but we would let it slip through to follow the trail, then alert other authorities to take action,” he said, speaking at a recent counter-terrorism financing summit.

Other than price, Subromaniam said the system also watches out for and issues a warning against suspicious circumstances pertaining to the exporter or importer of the cargo. “For example, if the importer has nothing to do with agriculture, why would they want to import fertilizers?” he asked.

Subromaniam said another key role the department plays in battling terrorism funding is checking for incorrect cash declarations, which falls under the Anti-Money Laundering Act (AMLA).

He said that they recently stopped a man who had declared that he was bringing in MYR4 million, but there was actually only about MYR1 million when customs officials counted the money.

“Incorrect declaration, it actually covers everything. For instance you bring something and you declare something else, that would be caught under Section 133 which is a serious offense under AMLA,” he said.