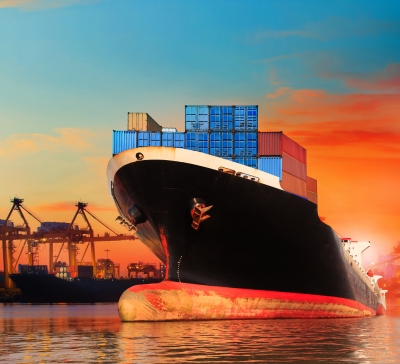 The Philippines’ Bureau of Customs (BOC) is proposing bilateral arrangements with counterparts in Malaysia and Indonesia on goods in transit, including pre-shipment inspection (PSI).

Lapeña said the agreement includes implementing PSI to provide the correct values of goods from the port of origin to the port of destination. Lapeña has been calling for the strict implementation of correct valuation, instead of benchmarking, in order to collect the right dues and increase revenue collection.

Asked about plans to also implement PSI together with other countries for all containerized cargoes entering the Philippines, Lapeña said “not all countries are in favor of pre-shipment inspection,” which is why BOC is doing bilateral agreements instead.

On who will shoulder the cost of inspection, Lapeña said this will be determined during further talks with Malaysia and Indonesia. Cost is one of the concerns of stakeholders opposing PSI for containerized cargoes.

PSI, the practice of employing private companies to check shipment details such as price, quantity, and quality of goods ordered overseas, is already being implemented for bulk and breakbulk shipments.

There are moves in both houses of Congress to encompass containerized cargoes in BOC’s PSI program in a bid to combat smuggling. BOC Assessment and Operations Coordinating Group (AOCG) deputy commissioner Atty. Edward James Dy Buco earlier said it is the “most immediate and best solution” to address the problem of cargoes slipping undetected by BOC.

However, stakeholders have rejected the plan and are instead asking for other measures to combat smuggling while facilitating trade.

Aside from the bilateral agreements, BOC also suggested to other customs leaders in BIMP-EAGA the drafting of a time release study (TRS) on port clearance, which involves measuring the duration a shipment takes from arrival at its destination to its exit from the port.

The study will likewise identify each step in the shipping clearance system and measure the time for each of these steps.

BOC, in a statement, said the TRS will help identify the average time for processing shipments and the steps that take the longest time. The results can help inform policies that can speed up processing of shipments, it added.

Lapeña said they intend to complete the TRS on BOC in time to present it next year at the BIMP-EAGA Customs, Immigration, Quarantine and Security (CIQS) Working Group meeting that the Philippines will be hosting.

Also discussed during the BIMP-EAGA Heads of Customs Meeting was the Terms of Reference (TOR) for Port-to-Port Information Sharing that the Philippines has been developing. The TOR will be the standard for information sharing between ports in the BIMP-EAGA, BOC said.

Meanwhile, Lapeña, during his visit in Malaysia, went to the largest port in Sabah to observe the best practices in customs clearance procedures adopted by the Royal Malaysian Customs Department.

Lapeña, accompanied by officials of Malaysian Customs, said port visits to other ASEAN member-states are important in helping the Philippines with its port modernization plan.

“I am looking forward to more port visits and to explore various new systems from other ASEAN member-states to ensure sustainable and effective trade among countries,” Lapeña said. – Roumina Pablo