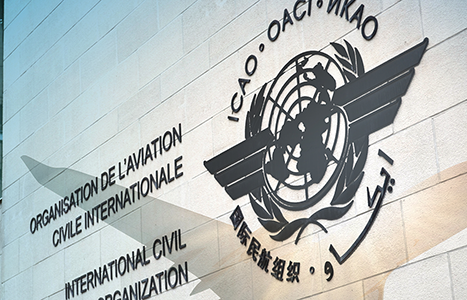 ICAO’s Carbon Offsetting and Reduction Scheme for International Aviation (CORSIA) is designed to complement the basket of mitigation measures the air transport community is already pursuing to reduce CO2 emissions from international aviation. These include technical and operational improvements and advances in the production and use of sustainable alternative fuels for aviation.

Participation in both of these early stages will be voluntary, with the next phase from 2027 to 2035 becoming mandatory. Some exemptions were accepted for least developed countries, small island developing states, landlocked developing countries, and states with very low levels of international aviation activity.

The decision by the ICAO member states comes just as the landmark Paris Agreement on climate change has crossed the final threshold that will trigger its implementation within 30 days.

The pact was reached by states attending the 39th ICAO Assembly which concluded on October 6 in Montreal, Canada.

“The historic significance of this agreement cannot be overestimated. CORSIA is the first global scheme covering an entire industrial sector. The CORSIA agreement has turned years of preparation into an effective solution for airlines to manage their carbon footprint,” said Alexandre de Juniac, IATA’s director general and CEO.

The list of states volunteering for the first phase now numbers 65, and IATA said it encourages more states to join.

By itself, CORSIA will not lead to a sustainable future for aviation. Along with this global market-based measure, the industry will continue to drive its four-pillar strategy on climate change, comprising improvements in technology, operations and infrastructure, complemented by CORSIA.

To ensure that CORSIA is fair and without market distortions, the scheme will include provisions to deal with special circumstances such as those of fast-growing airlines and airlines which have made significant investments to improve environmental performance already.

“This agreement marks the end of the process to gather the political will to implement a global market-based measure for aviation. There is still a lot of technical work to ensure effective and efficient implementation; and to ensure the environmental integrity and administrative simplicity of the scheme,” said de Juniac.

The Montreal-based ICAO, the United Nations’ civil aviation agency, works with 191 member states and industry groups to reach consensus on international standards, practices, and policies for the civil aviation sector.