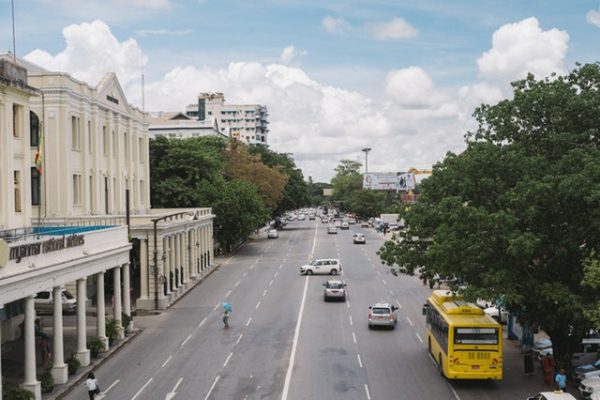 Myanmar’s economy continues to show resilience despite the ongoing global slowdown and domestic uncertainties, according to a new World Bank (WB) report.

The Myanmar Economic Monitor for December 2019 estimates that Myanmar’s economy grew at 6.3% in 2018-19, marginally higher than 6.2% in 2017-18, supported by better performance in the manufacturing and services sectors.

The service sector is the main driver of growth, expected to grow by 8.4% in 2018-19, said the report released January 15. A slow recovery in tourism related services is offset by continued growth in wholesale and retail trade. The industrial sector is expected to grow by 6.4% in 2018-19, on the back of strong manufacturing growth offsetting slower growth in construction. Despite seasonal floods and volatile demand, agriculture output growth is projected to be stable at 1.6% in 2018-19, with greater diversification in production and export destinations.

Myanmar’s economic outlook remains stable, said the World Bank. Growth is expected to reach 6.4% in 2019-20, helped by growing investment in the transport and telecommunications sector and planned infrastructure spending by the government before the 2020 elections.

Risks to the economic outlook are tilted to the downside due to slowing global and regional growth, especially in China; trade tensions; and continued uncertainty about investor perceptions triggered by the Rakhine crisis and the pace of reforms prior to the 2020 general elections, although the pace has thus far been strong.

The report’s special topic looks at Myanmar’s rapidly growing private sector. According to the report, reforms have lifted Myanmar quickly in the recent World Bank Group Doing Business Index. But firms in Myanmar need greater access to inputs such as finance, land, and skills, better connectivity, and an enabling business environment to support a responsible private sector.

Photo by Flo Dahm from Pexels

Romelda Ascutia - September 16, 2021
0
Global exports of intermediate goods rose by 20% year-on-year in the first quarter of 2021, with exports from Asia increasing the mostChina...
Read more

Romelda Ascutia - September 14, 2021
0
The economic recovery of many Asian countries has been hindered by low vaccination rates and another wave of COVID-19 casesFresh outbreaks have...
Read more