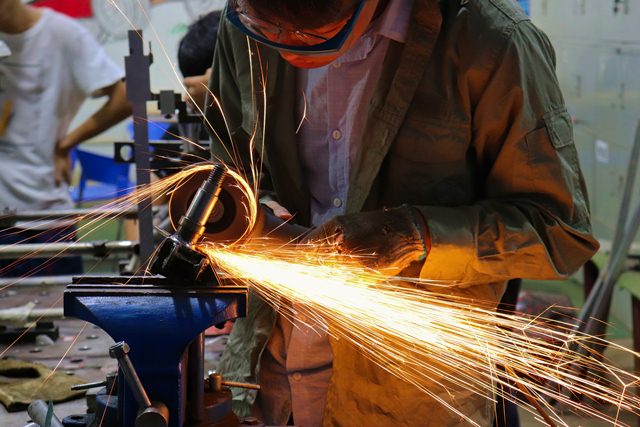 Manufacturers in the Association of Southeast Asian Nations (ASEAN) felt the brunt of the coronavirus pandemic in March 2020 as the Purchasing Managers’ Index (PMI) dropped to a record low, according to the latest data from IHS Markit.

The historic plunge came amid record contractions of output, new orders, inventories and employment. Notably, March was the first time on record that all of the seven constituent countries posted a deterioration in the health of their respective manufacturing sectors simultaneously, said IHS Markit in an April 1 release.

The headline PMI fell from 50.2 in February to 43.4 in March, to signal a renewed deterioration in the health of the ASEAN manufacturing sector.

At the country level, Singapore saw its headline figure slip a record 18.1 points from February to 27.7, the lowest in the series’ nearly eight-year history.

The Philippines also registered a deterioration in March, with the headline index (39.7) posting below the 50.0 no-change mark for the first time since January 2016.

Vietnam recorded a back-to-back contraction, with the headline index falling to the lowest on record at 41.9 in March, and signalling a steep decline in the health of the manufacturing sector.

Similarly, Myanmar registered a deterioration in operating conditions for the second month running. The headline figure (45.3) was the lowest since December 2015, amid record contractions in output, new orders and inventories.

Concurrently, Indonesia returned to contractionary territory following an expansion in February. March’s headline figure (45.3) was an all-time low and signalled a solid deterioration in the health of the sector.

Thailand too recorded a marked decline in operating conditions, amid quicker falls in both production and new orders. The headline index (46.7) was also a record low.

Finally, Malaysia’s downturn continued during March, with operating conditions deteriorating at the steepest rate since September 2019. That said, the decline was only mild overall.

Factory production in ASEAN declined at the quickest pace in March since the survey began in mid-2012, while incoming new business also fell at a record rate, as the impact of shutdowns and emergency measures globally to tackle the COVID-19 pandemic led to a collapse of client demand and disrupted supply chains. New export orders were also hit hard, with the rate of decline the quickest on record.

With lower production requirements and weaker demand conditions, ASEAN goods producers reduced workforce numbers again in March, with the pace of job shedding accelerating to a solid rate. Furthermore, there was evidence of spare capacity in March with outstanding business falling for the ninth month running. The rate of backlog depletion was the sharpest on record.

Price pressures eased in March, with average input costs falling for the first time in the survey’s history while selling prices declined at a record pace.

“Sentiment was the lowest since the series began in mid-2012, although firms still remain, on average, optimistic output will increase over the next 12 months.,” said Lewis Cooper, economist at IHS Markit.

“Overall, March highlighted the worst performance of the ASEAN manufacturing sector on record, as repercussions from the COVID-19 pandemic are realised, and indeed it is likely that they will be felt for several months to come, if not longer.”

Photo by Xi Wang on Unsplash