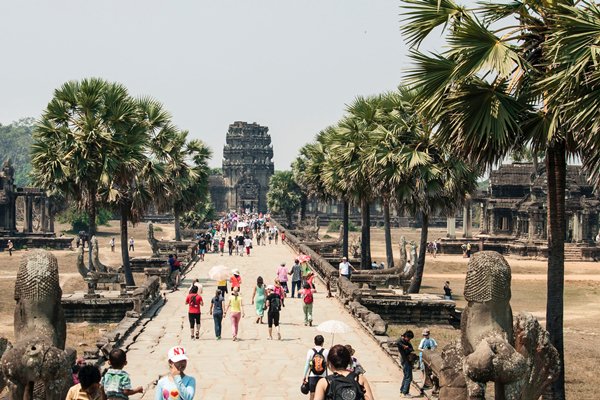 Growth in emerging and developing Asia will inch up slightly from 5.6% in 2019 to 5.8% in 2020 and 5.9% in 2021, the growth tempered by a sharp slowdown in India and an ongoing structural slowdown in China, according to a new report from the International Monetary Fund (IMF).

In a new update to its World Economic Outlook (WEO), the IMF said the latest forecast for the region is 0.2 and 0.3 percentage point lower for 2019 and 2020 compared to the October WEO.

“The growth markdown largely reflects a downward revision to India’s projection, where domestic demand has slowed more sharply than expected amid stress in the nonbank financial sector and a decline in credit growth,” it explained.

Growth in China is projected to inch down from an estimated 6.1% in 2019 to 6.0% in 2020 and 5.8% in 2021. The envisaged partial rollback of past tariffs and pause in additional tariff hikes as part of a “Phase One” trade deal with the United States is likely to alleviate near-term cyclical weakness, said the WEO update.

“However, unresolved disputes on broader US-China economic relations as well as needed domestic financial regulatory strengthening are expected to continue weighing on activity,” it added.

After slowing to 4.7% in 2019, growth in ASEAN-5 countries is projected to remain stable in 2020 at 4.8% before picking up to 5.1% in 2021. Growth prospects have been revised down slightly for Indonesia and Thailand, where continued weakness in exports is also weighing on domestic demand.

Meanwhile, a modest pickup in 2020 is forecast for the global economy amid early signs of stabilization which “could persist and eventually reinforce the link between still-resilient consumer spending and improved business spending,” the report said.

Global growth is projected to rise from an estimated 2.9% in 2019 to 3.3% in 2020 and 3.4% for 2021, reflecting negative surprises to economic activity in a few emerging market economies, notably India, which led to a reassessment of growth prospects over the next two years. In a few cases, this reassessment also reflects the impact of increased social unrest.

On the positive side, market sentiment has been boosted by tentative signs that manufacturing activity and global trade are bottoming out, a broad-based shift toward accommodative monetary policy, intermittent favorable news on US-China trade negotiations, and diminished fears of a no-deal Brexit, leading to some retreat from the risk-off environment that had set in at the time of the October WEO.

“However, few signs of turning points are yet visible in global macroeconomic data,” said the report.

Preliminary signs of a bottoming out of the decline in manufacturing and trade are partly due to an improvement in the auto sector as disruptions from new emission standards start to fade. A US-China Phase I deal, if durable, is expected to reduce the cumulative negative impact of trade tensions on global GDP by end 2020—from 0.8% to 0.5%.

Downside risks, however, remain prominent, including rising geopolitical tensions, notably between the United States and Iran, intensifying social unrest, further worsening of relations between the United States and its trading partners, and deepening economic frictions between other countries. A materialization of these risks could lead to rapidly deteriorating sentiment, causing global growth to fall below the projected baseline.

“To conclude, while there are signs of stabilization, the global outlook remains sluggish and there are no clear signs of a turning point. There is simply no room for complacency, and the world needs stronger multilateral cooperation and national-level policies to support a sustained recovery that benefits all,” said the paper.