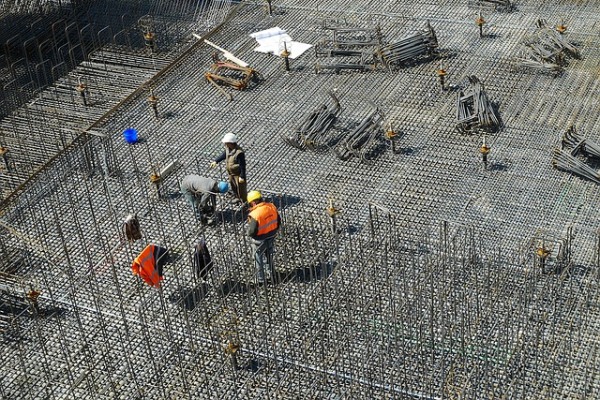 The International Monetary Fund (IMF) has lowered its global growth forecast for 2019 to 3.3% in the newly released World Economic Outlook (WEO) report, down 0.2 percentage point from its estimation in January and from 3.6% growth in 2018.

The IMF said the world economy faces downside risks brought by potential uncertainties in the ongoing global trade tensions, as well as other country- and sector-specific factors.

Growth rate projections for advanced economies are 1.8% for 2019 and 1.7% for 2020, both below the 2 percent-plus rates recorded in the previous two years, according to the WEO report.

IMF chief economist Gita Gopinath wrote in a blog post that the projected slowdown in 2019 is “broad-based.”

The loss of growth momentum, said Gopinath, dates back to the second half of 2018, when the world economy was hit by “a significantly weakened global expansion.” The WEO report said global growth remained strong at 3.8% in the first half of 2018, but dropped to 3.2% in the second half.

Gopinath blamed the situation largely on global trade tensions, macroeconomic stress in Argentina and Turkey, disruptions to the auto sector in Germany, and financial tightening alongside normalization of monetary policy in the larger advanced economies.

With respect to the perceived recovery in 2020, the economist said it is “precarious,” adding that it is based on the assumption that “a rebound occurs in emerging market and developing economies.”

Gopinath said the uptick “is supported by significant monetary policy accommodation by major economies, made possible by the absence of inflationary pressures despite growing at near potential.”

She also cited a shift toward “a more accommodative stance” in central bank policies of the United States, the European Union (EU), Japan and Britain, plus China ramping up its fiscal and monetary stimulus, as well as a positive outlook for a U.S.-China agreement to resolve their trade disputes.

These policy responses, Gopinath said, have helped reverse the tightening financial conditions to varying degrees across countries, featuring ongoing trends in the emerging markets such as a resumption of portfolio flows, a decline in sovereign borrowing costs, and a strengthening of their currencies relative to the U.S. dollar.

Beyond 2020, the report predicted that global growth will “plateau at about 3.6 percent over the medium term.”

The post-2020 growth stabilization, Gopinath said, is “bolstered mainly by growth in China and India and their increasing weights in world income.”

To prevent the downside risks from materializing, Gopinath urged the building of more inclusive economies, adding that “costly policy mistakes” should be avoided.

“Policymakers need to work cooperatively to help ensure that policy uncertainty doesn’t weaken investment,” she said. “Across all economies, the imperative is to take actions that boost potential output, improve inclusiveness, and strengthen resilience.”