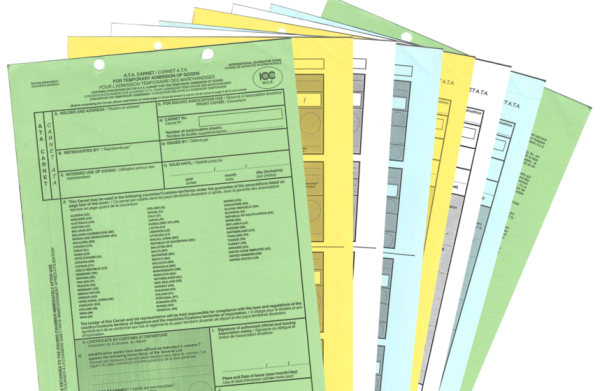 The International Chamber of Commerce (ICC) has announced the launch of a pilot project to digitalize the ATA Carnet, an international customs document allowing duty- and tax-free movement of goods for up to one year.

Launched October 2, the Mercury II Pilot Project is seen to “revolutionise the ATA Carnet by digitalising processes, making transactions and travel easier and more efficient for businesses and customs offices alike,” said ICC in a statement.

After extensive trainings and internal tests since June, the digital ATA Carnet lifecycle management system is now live and will run for a six-month period, ICC said.

During this trial period, real testing will be undertaken in six pilot countries: Belgium, China, Russia, Switzerland, the United Kingdom, and the United States.

Ruedi Bolliger, chair of the World ATA Carnet Council of ICC’s World Chambers Federation (WCF), said: “This initiative, with its new ATA Carnet app and customs portal, will ensure that declarations and transactions are digitally recorded and tracked, making cross-border travel of goods easier, faster and safer for businesses and customs offices alike. We hope that by simplifying these tedious trade processes, more countries will join the ATA system.”

Established by ICC’s WCF and endorsed by the World Customs Organization, the Mercury II Pilot is a pioneering digital solution allowing users to digitally download ATA Carnets to their mobile wallets, prepare declarations via their mobile devices and receive transaction confirmations.

First issued in the 1960s, the ATA Carnet customs document has become globally recognized as an ideal trade facilitation tool dedicated to the temporary admission of goods.

The ATA Carnet system is currently in force in 78 countries, with Qatar being the most recent country to join the global network. Around 185,000 ATA Carnets were issued in 2017 alone—covering goods valued at US$26 billion.