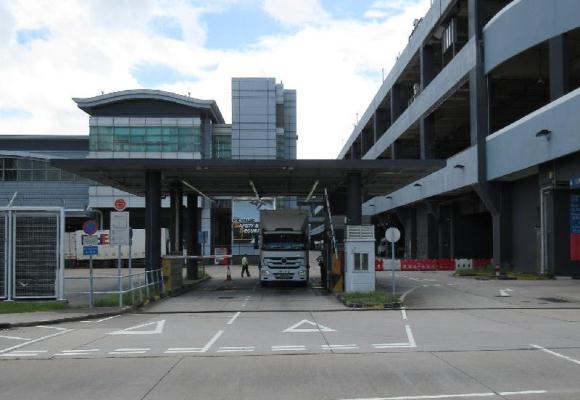 The Customs and Excise Department (C&ED) of Hong Kong said it is making ongoing progress in promoting the single e-lock scheme for use by trade.

This as a consignment of goods was taken to the clearance point newly established in Zhongshan in Guangdong, China for the first time on June 5, 2019, said the agency in a release. The consignment arrived in Hong Kong by air, and was transhipped to Zhongshan by truck via the Hong Kong-Zhuhai-Macao Bridge (HZMB). The entire operation was smooth, according to C&ED.

Under the Single E-lock Scheme, ITFS is interconnected with the cross-border fast clearance of China Customs to build a “green lane” for facilitating logistics flow through seamless clearance service.

One single e-lock and the technology of GPS are applied under the scheme on the principle of “Across the Boundary with One Single E-lock under Separate Monitoring;” hence, duplicate inspection on the same shipment by both customs authorities at the boundary is reduced. This helps to streamline the clearance process and expedite the flow of transshipment cargoes.

Since mid-May 2019, the number of clearance points in Guangdong Province has been increased to 52, including 43 which cover all nine Chinese municipalities in the Greater Bay Area (GBA), a spokesman for the C&ED said.

“The expanded network of clearance points will not only bring additional convenience for the trade and allow more flexibility for business development, but it will also enable the scheme to better accommodate the operation of the logistics industry in routing cargo through the HZMB,” the spokesman added.

“The C&ED has been promoting the scheme proactively and will continue to encourage the logistics industry to join the scheme and make good use of the facilitation provided under the scheme in tapping the business opportunities arising from the development of the GBA and the commissioning of the HZMB,” the spokesman continued.

In addition to the operation of mechanical lock, the multiple flow control processes of e-lock is a distinctive feature that enables separate monitoring of customs authorities “in absolute integrity yet independent from each other so as to ensure seamless and secured monitoring when the transshipment cargo is conveyed across the boundary,” said C&ED.

For example, an e-lock affixed to a northbound cross-boundary vehicle after customs clearance will be automatically activated and GPS equipment will be used to track the movement of the vehicle to ensure the security of the cargoes during the journey within the Hong Kong territory.