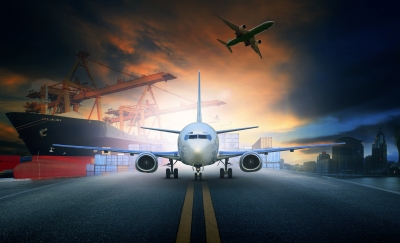 A United Nations (UN) treaty that could cut export trade time by 44% and costs by 31% in the Asia-Pacific region is now awaiting signature of UN Economic and Social Commission for Asia Pacific (ESCAP) members.

The Framework Agreement on Facilitation of Cross-border Paperless Trade in Asia and the Pacific or FAFCPTAP will result in long-term benefits for the region by promoting cross-border paperless trade to make international trade more efficient and transparent, while improving regulatory compliance, according to the UN ESCAP.

Adopted as a resolution during the 72nd Session of the ESCAP, the agreement will provide a new tool for better implementation of the World Trade Organization (WTO) Agreement on Trade Facilitation in Asia and the Pacific, ultimately supporting the development of cross-border e-commerce.

ESCAP said the treaty will also support harmonized implementation of the growing number of bilateral and sub-regional paperless trade initiatives in the region, promoting mutual recognition of electronic data and documents and enhancing trade connectivity.

Open to all 53 member states of UN ESCAP, this is the first regional agreement of its kind to focus on implementing advanced trade facilitation measures, specifically to achieve paperless trade across borders. It will enter into force 90 days after five countries have ratified the agreement.

“This unique regional agreement builds upon the WTO Trade Facilitation Agreement and provides an impetus to push the multilateral agenda forward in the area of e-trade and the digital economy,” UN undersecretary general and executive secretary of ESCAP Dr. Shamshad Akhtar said in a statement.

“New technologies and trade are essential means of implementation of sustainable development. Developing countries in Asia-Pacific are well aware of this and they fully participated in the development of the agreement from the very beginning. The result is a regional treaty text that is both ambitious but also pragmatic, so that member States at any level of development can join and benefit from it,” she added.

ESCAP research indicates that region-wide implementation of cross-border paperless trade in Asia and the Pacific could lead to export gains of US$257 billion annually. Even partial implementation of cross-border paperless trade measures could lead to an export increase of $36 billion annually, and the time required to export could decrease by as much as 44% and reduce costs by up to 31%.