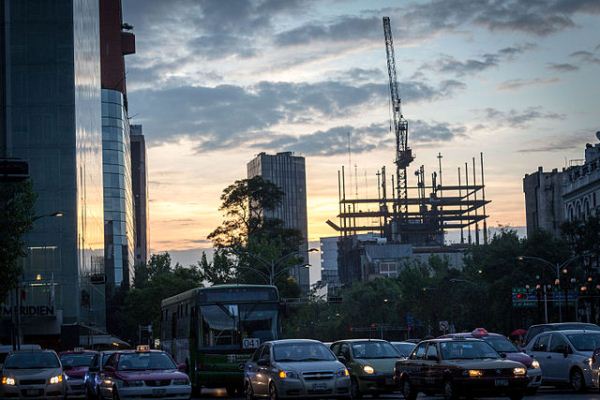 The recovery in global growth is strengthening and is expected to pick up to 2.9% this year and peak at 3.1% in 2018, the highest rate since 2010, says Fitch Ratings in its latest Global Economic Outlook (GEO).

“Faster growth this year reflects a synchronized improvement across both advanced and emerging market economies. Macro policies and tightening labor markets are supporting demand growth in advanced countries, while the turnaround in China’s housing market since 2015 and the recovery in commodity prices from early 2016 has fuelled a rebound in emerging market demand,” said Brian Coulton, Fitch’s chief economist.

The biggest positive forecast revision since Fitch’s March GEO is to the eurozone. Here, stronger incoming data, improving external demand, and greater confidence that the European Central Bank’s (ECB) quantitative easing (QE) is gaining traction on activity have resulted in an upward revision of 0.3pps to the 2017 eurozone growth forecast, taking it to 2%. The recent pickup in world trade growth has also been striking.

However, this improving global picture implies an evolving monetary policy outlook, said the report. China has recently seen a tightening in credit conditions, which will start to have an impact on growth later this year and the U.S. Fed looks set to pursue a normalization course at a rate of three or four hikes per year through 2019. Low core inflation allows the ECB to carry on with QE for the time being, but the reduction in deflation risks will see the program phased out by mid-2018.

“With the Fed now signalling that QE will start to be unwound later this year, these monetary policy adjustments could spark some volatility in global financial markets attuned to persistent monetary accommodation,” added Coulton.

The changing impact of fiscal policy on growth in the advanced economies also remains an important factor behind the improved near-term outlook. Fiscal policy began to shift to a mild easing stance from 2016 in the U.S. and the eurozone after several years of substantial fiscal tightening over 2011 to 2015.

Fitch said its analysis of multipliers “suggests this shift has had a significant impact on growth dynamics in the advanced economies and seems likely to provide a further boost to growth over the next couple of years.”

Demand growth in the larger emerging market economies is recovering strongly in 2017. Both Brazil and Russia have recently seen a return to positive real GDP growth rates and the latest data suggest consumption and investment is starting to pick up in Russia. Following very large declines in aggregate demand in the aftermath of sharp falls in commodity prices in 2014, there is now room for demand to recover in large emerging market commodity producers.

Emmanuel Macron’s decisive victory in the French presidential election, as well as his party’s success in National Assembly elections, has eased concerns about anti-European and anti-euro sentiments gaining additional traction. Furthermore, despite tough rhetoric on trade in the election campaign, the U.S. policy approach to reforming trade relations has not, so far, translated into aggressive unilateral measures. However, the lack of much visible progress to date on agreeing specific tax reform measures raises the risk that U.S. fiscal policy may not be eased as much as anticipated in our baseline forecast.