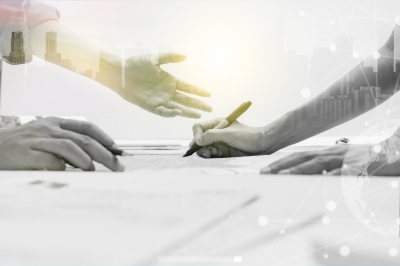 Dominica and Mongolia have ratified the Trade Facilitation Agreement (TFA), putting the total number of ratifications from members at 100. With just 10 more ratifications from members needed to bring the TFA into force, the final countdown begins for realizing a global deal that could boost global merchandise exports by up to $1 trillion per annum by slashing trade costs and cutting red tape at the border.

Dominica’s and Mongolia’s instruments of acceptance were submitted to the WTO on 28 November. Earlier, on 29 July 2014, Mongolia submitted its Category A notification to the WTO outlining which substantive provisions of the TFA it intends to implement upon entry into force of the Agreement. Dominica did so on 29 April 2015. The TFA will enter into force once two-thirds of the WTO membership has formally accepted the Agreement.

One immediate impact from entry into force of the TFA is that all developed country members of the WTO will start applying all of the substantive provisions of the Agreement from the date it takes effect.  Developing countries and least developed countries (LDCs) will also begin applying those substantive provisions of the TFA they have indicated they are in a position to do so from the date of entry into force; these commitments are set out in the Category A notifications which 90 members have submitted to date.

According to a 2015 study carried out by WTO economists, full implementation of the TFA would reduce members’ trade costs by an average of 14.3 per cent, with developing countries having the most to gain. The TFA also has the ability to reduce the time to import goods by over a day and a half while also reducing time to export by almost two days, representing a reduction of 47 per cent and 91 per cent respectively over the current average.

Besides benefiting existing traders, implementing the TFA is foreseen to help new firms export for the first time. Moreover, if the TFA is fully implemented, developing countries could increase the number of new products exported by as much as 20 per cent, with LDCs likely to see a much bigger increase of up to 35 per cent, according to the WTO study.

At the most recent meeting of the Preparatory Committee on Trade Facilitation on 24 November, the chair Ambassador Mariam Md Salleh (Malaysia) noted that “intense efforts are finally about to bear fruit”.

Besides remarking on the number of TFA ratifications, the chair also reported that there are now 90 submissions of Category A notifications and only six notifications each for Categories B and C, which represent flexibilities for developing countries.

“With that moment (of the TFA’s entry into force) now being not far away — and getting closer with every deposited acceptance instrument — I urge all delegations which have not yet tabled their Category  B and C notifications to hand them in as soon as possible,” the chair said.

A developing country member’s Category B notification lists the provisions the member will implement after a transitional period following the entry into force of the TFA. The Category C notification contains the provisions where a developing country member will need assistance and support for capacity building in order to implement these provisions on a date after a transitional period.

A Trade Facilitation Agreement Facility (TFAF) was also created at the request of developing and least-developed country members to help ensure that they receive the assistance needed to reap the full benefits of the TFA and to support the ultimate goal of full implementation of the new agreement by all members. Further information on TFAF is available at www.TFAFacility.org.

More information on the WTO and trade facilitation is available at www.wto.org/tradefacilitation.  – WTO