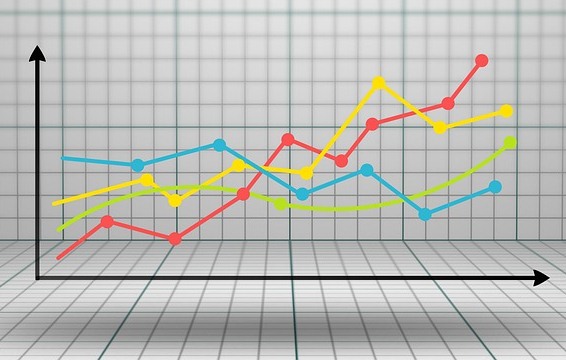 Global trade is currently in strong recovery mode as shown by the clear rebound recorded in the first quarter of 2021, particularly for East Asia, according to the latest trade update from IHS Markit.

Nonetheless, the pandemic is still not under control and could endanger the global economy, whose strong recovery is fueled by rising market optimism.

Exports of the top ten economies outperformed imports in the first quarter of the year, the information and analytics service provider said in a release.

The report note that Chinese exports grew for the tenth month in a row in March 2021. It is the fifth month in a row for South Korea, and the fourth one for Japan. This indicates that the recovery in East Asia is broad and is leading the global recovery.

The establishment of the Regional Comprehensive Economic Partnership or RCEP in 2021 could strengthen the role of the region in global trade, with two countries—Thailand and China—having already ratified the agreement.

On the other hand, American and British exports are declining for 12 or more months in a row. The UK seems to be struck the most out of the top ten group, the combined effect of harsh lockdowns related to the spread of the British variant, Brexit, and disappointment with only partial successful negotiations on the UK-EU trade agreement.

For the full year of 2020, IHS Markit said updated data show exports increased for China by 4.0% year-on-year and declined in all other top 10 economies, with the largest declines reported for India, the UK and Russia.

Chinese imports grew for the seventh month in a row in March 2021, which proves the deep nature of the recovery, noted the report. It’s the fourth month in a row of growth for South Korea and the second for Japan.

“This could be indicative of growing consumer confidence and increasing internal demand strengthening the likelihood for sustained recovery,” said the report.

In 2020, in all top ten economies, imports contracted year-on-year. The decline varied from -0.4% for China to -23.3% in India. At the same time, for most of the states the contraction in imports was deeper than the contraction in exports.

The cumulative number of confirmed cases of COVID-19 globally by April 29, 2021, reached 149.6 million and 3.15 million deaths. The two-week moving averages of global new cases and deaths are still rising with variants spreading fast in Brazil and India.

“The COVID-19 pandemic is ongoing and could endanger global recovery if the situation escalates; only 3.3% of the global population are vaccinated with two doses by now,” said IHS Markit.

Meanwhile, the adjusted Purchasing Managers’ Index new exports orders (PMI NExO) readouts for the global manufacturing industry in March 2021 were above the benchmark value of 50.0 points for nine out of the top ten economies. The PMI NExO readouts for March 2021 was 53.38, a rise of +2.38 point on the February 2021 readout.

The highest readout for March is reported for the European Union, showing a positive trend rising for the fourth month in a row, which could signal sustained recovery. The EU is followed by Canada and South Korea.

Both PMI NExO for global manufacturing and global services showed a rapid COVID-19 crisis and quick V-shape recovery. However, the readouts for services are still below the 50.0 points benchmark, which has been the situation since July 2019.

IHS Markit now foresees a global recovery in 2021 with year-on-year real GDP growth rates predicted to reach 5.3%, an upward adjustment of 0.2% compared to the March release. The growth rates are predicted to vary between 4.8% for advanced, 6.2% for emerging, and 4.9% for developing states.

Image by Mediamodifier from Pixabay