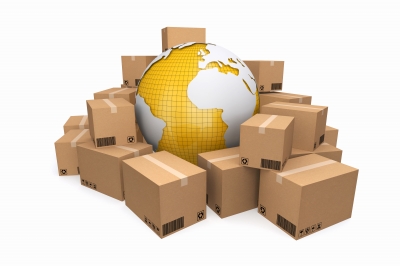 The Bureau of Customs (BOC), in a press conference on July 21, said consolidators and de-consolidators have been given enough time to prepare for the implementation of the duty- and tax-free program for balikbayanboxes, and that the project must already be implemented so OFWs and Filipinos residing abroad can avail of the privileges.

Balikbayan boxes sent from the country of origin starting August 1 are expected to arrive in the country after 45 days, or by October 15.

Under CAO 05-2016, qualified Filipinos based abroad can send to their families or relatives up to the fourth degree of consanguinity duty- and tax-free balikbayan boxes up to three shipments in a calendar year with a total amount of P150,000.

BOC, during the press conference, also clarified allegations against the program.

Customs Commissioner Nicanor Faeldon said QFWAs only need to present a photocopy of their passports, and not the passport itself, as a requirement to avail of the privilege.

He emphasized that a copy of the passport will serve as proof that the sender is a Filipino, as the law only grants the privilege to QFWAs. He added this is also to comply with international rules and meet security requirements of the countries where the shipments will be coming from.

He denied that accomplishing the information sheet, a new requirement under the rules, will cause delays, noting that listing contents of the balikbayan box will not take more than an hour.

Faeldon also pointed out that OFWs usually do not shop for goods to send in just a day, but normally gradually fill up a box over a period of time. With this, he said OFWs could just add items to the list until it’s time to send the box.

The only delay that maybe encountered, Faeldon said, is if a problem arises with the shipment. And if only one box in a container full of boxes is alerted, only that box will be pulled out and opened in the presence of the de-consolidator and the recipient.

The rest of the boxes in the shipment will not be put on hold. Under customs rules, balikbayan boxes are subject to non-intrusive inspections only, such as X-ray, unless contraband is suspected.

Listing the contents of the balikbayan box is also a form of protection for senders because their recipients can check if what they received is correct and complete, Faeldon noted. Details from the information sheet will also be used to record and monitor if QFWAs have exceeded the limit value. This may also be used against individuals that will try to use the names of OFWs to smuggle goods into the country.

The customs chief said he trusts OFWs, but the government is also watching out for those that intend to use balikbayan boxes for illegal activities.

He also clarified that only new or high-value items will require receipts, while used ones only need an approximate value.

To check how much constitutes commercial quantity or value, the public may visit the BOC website, where listings from other regulatory agencies have been uploaded.

For QFWAs who do not wish to avail of the privilege, they will still need to provide a list of the contents of the balikbayan box, in order for BOC to assess the duties and taxes on the shipments sinceboxes cannot be opened.

Those availing of the privilege should enjoy lower fees since duties and taxes on their shipments have been removed. Faeldon said that on average, QFWAs can save from P200 to P600 per box, depending on the country of origin and the contents of the box.

Meanwhile, BOC is asking the public not to transact with de-consolidators still not accredited by the customs agency.

Aside from accreditation with the Department of Trade and Industry, BOC also requires the accreditation of de-consolidators handling balikbayan boxes under CMO 04-2017.