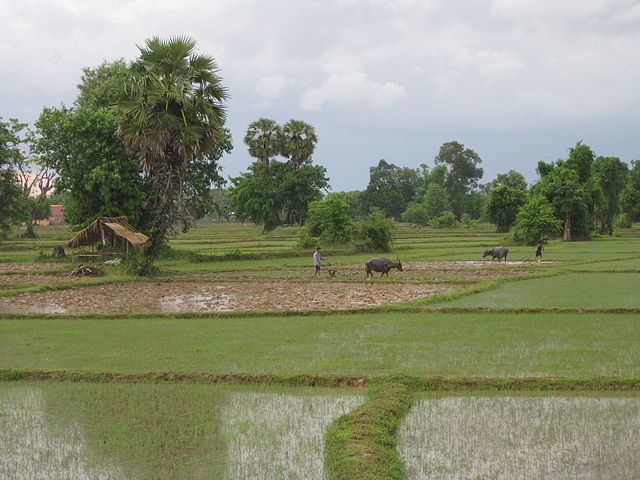 The developing economies of Asia are expected to continue to enjoy steady growth in the next couple of years, the growth supported by sustained high demand for exports and rapidly expanding domestic demand, says a new Asian Development Bank (ADB) report.

“Developing Asia’s trade rebound will taper modestly,” said ADO, ADB’s flagship annual economic publication. Exports grew in 2017 by 4.9% in real terms in the region’s 10 largest economies, and imports by 7.7%. In U.S. dollar terms, exports rose by 9.6%, with growth in the second half hitting 7.9% in China and 16.5% in the five largest economies in Southeast Asia.

Commodities and manufactures alike saw export growth, which was particularly strong for trade within Asia of intermediate manufactures for assembly into electrical and electronic goods, machinery, and equipment.

The recovery in industrial economies continues, with the U.S., Euro area, and Japan expected to collectively grow by 2.3% in 2018 before slowing to 2.0% in 2019.

Recently enacted tax cuts will fuel growth in the U.S. as the Federal Reserve keeps inflation in check through gradual monetary tightening. Meanwhile, rising business confidence and easy monetary policy will support growth in the Euro area and Japan.

The service sector is fueling China’s continued growth, increasing by 8% in 2017. Growth in China will slow to 6.6% in 2018 and 6.4% in 2019, following the rapid 6.9% expansion in 2017. Strong demand at home and abroad together with economic reforms lays the foundation for continued growth and macroeconomic stability in China.

Growth in South Asia remains among the world’s fastest, driven by a recovery in India, the region’s largest economy. Indian growth is expected to pick up to 7.3% in fiscal year (FY) 2018 and 7.6% in FY2019, following the estimated 6.6% in FY2017. The impact of the demonetization of high-value banknotes has dissipated and the full implementation of the goods and services tax will bolster growth through 2019.

Growth in Southeast Asia is forecast to be steady this year and next. The subregion continues to benefit from the rise in global trade and the pickup in commodity prices. It is expected to maintain its 2017 growth rate of 5.2% in both 2018 and 2019. Strong investment and domestic consumption will drive an acceleration in growth in Indonesia, the Philippines, and Thailand, while an expansion in its industrial base will boost Vietnam.

Growth in Central Asia is expected to reach 4.0% in 2018 and 4.2% in 2019, on the back of rising commodity prices. Meanwhile, growth in the Pacific will reach 2.2% and 3.0% over the next two years as the region’s largest economy, Papua New Guinea, stabilizes following an earthquake that temporarily disrupted gas production.

Risks to the outlook are tilted to the downside, driven primarily by fears of escalating trade tensions.

Recent U.S. tariffs on select products have not yet dented trade, but further actions by the U.S. and counteractions against them could undermine business and consumer confidence in Asia and the Pacific.

Higher U.S. interest rates could accelerate capital outflows, although this risk is mitigated to some degree by abundant liquidity throughout the region.

“Though prospects are firm, risks are clearly to the downside. Protectionist measures and retaliation against them could undermine the recent pickup in trade growth,” said ADB.