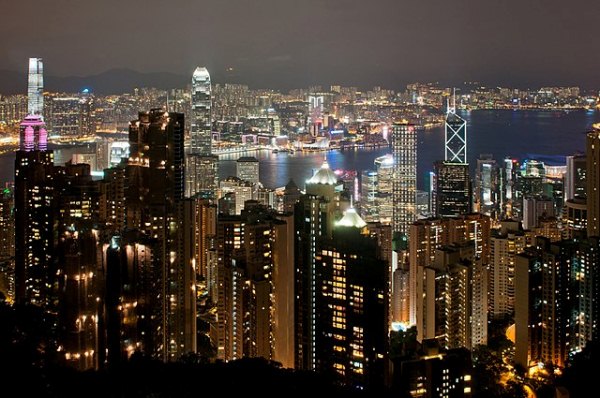 Foreign direct investment (FDI) inflows to developing Asia rose by 4% to US$512 billion in 2018, with growth occurring mainly in China, Hong Kong, Singapore, Indonesia and other ASEAN countries, as well as India and Turkey, says a new report from the United Nations Conference on Trade and Development (UNCTAD).

According to UNCTAD’s World Investment Report 2019, Asia continued to be the world’s largest FDI recipient region, absorbing 39% of global inflows in 2018, up from 33% in 2017.

Despite trade tensions between China and the United States, foreign investors established more than 60,000 new companies in China in 2018, a 70% increase over the number established in 2017. The elimination or relaxation of foreign ownership limits in industries such as automotive, power grids, ship and aircraft manufacturing since July 2018 pushed up by 20% FDI in manufacturing industries, which accounted for one-third of total inflows to the country.

China continued to absorb increasing investment flows from developing Asia, including Hong Kong, South Korea, and Singapore. Inflows from some developed countries, such as Germany and the United Kingdom, also rose significantly.

Flows to Hong Kong increased by 4% to $116 billion in 2018, mostly invested in services sector operations.

FDI to the Republic of Korea dropped by 19% to $14 billion in 2018, due in part to a significant decrease in intra-company loans.

FDI flows to Southeast Asia rose by 3% to an all-time high of $149 billion in 2018. As a result, the subregion’s share in global inflows rose from 10% in 2017 to 11% in 2018. The growth in FDI was mostly driven by an increase in investment in Singapore, Indonesia, Vietnam, and Thailand.

Manufacturing and services, particularly finance, retail and wholesale trade, including the digital economy, continued to underpin rising inflows to this subregion. Strong intra-ASEAN investments and robust investment from other Asian economies also contributed to the trend. However, inflows to some countries (Malaysia and the Philippines) declined.

Singapore remains the subregion’s largest FDI recipient with inflows of $78 billion in 2018—a 3% increase from 2017. The EU countries were the largest source of investment, particularly the Netherlands and the United Kingdom.

FDI flows to Indonesia grew by 7% to $22 billion. Intra-ASEAN investments, mainly from Singapore, accounted for more than 50% of the flows. Increased investment from China and Japan further contributed to the record inflows. Investment in manufacturing, infrastructure, real estate and the digital economy was strong.

Inflows to Thailand grew by 62% in 2018 to $10 billion—the steepest FDI growth in ASEAN. Thailand’s growth was due to significant inflows from Asia, led by investors from Japan, Hong Kong and Singapore. Reinvestment by multinational enterprises (MNEs) already present in Thailand doubled to $7.4 billion, which contributed significantly to FDI flows.

Investment into the CLMV countries (Cambodia, Laos, Myanmar and Vietnam) remained strong. However inflows into Laos and Myanmar declined. These countries continued to attract active investment flows from intra-ASEAN sources and other Asian economies (China, Japan, South Korea). The relocation from China of labor-intensive operations, such as garment and footwear production, is lifting investment in these countries. The participation by Chinese firms in infrastructure development and the influence of the Belt and Road Initiative are also affecting investment inflows.

Meanwhile, Chinese investment in ASEAN is becoming increasingly significant: outward flows nearly doubled, to $14 billion between 2013 and 2017. In 2018, merger and acquisition sales to Chinese MNEs more than tripled, and the value of greenfield projects in ASEAN announced by Chinese MNEs increased five-fold. Investment from the United States—historically a major investor in the subregion—has been on a downward trend, shrinking by 33% between 2013 and 2017, to $15 billion.

Investment prospects for the region in 2019 are cautiously optimistic, with improving investment environments, growing intra-regional investment and strong economic fundamentals. However, trade tensions could weigh on the prospects of higher inflows or they could also lead to further investment diversion.

Inflows to China are expected to continue to grow. In early 2019, China adopted a new Foreign Investment Law and announced the relaxation of foreign investment limits in several services industries. Despite the trade tensions, investment from the United States rose in the first quarter of 2019.

In addition, low-cost and resource-rich countries in the subregion will remain attractive destinations for efficiency-seeking and resource-seeking FDI. The digital economy, as well as industrial activities such as automotive, electronics, services, retail trade, and real and industrial estate, are expected to remain particularly attractive to foreign investors. Growing demand and commitments to develop and upgrade information and communication technology, transport and power facilities will continue to encourage FDI. A doubling of announced greenfield investment projects in the subregion to $139 billion in 2018 corroborates this promising outlook.