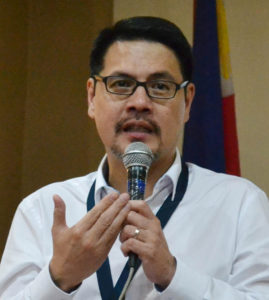 Chapter 1 (General Administration) covers the general duties and functions of the Bureau of Customs (BOC) and covers about 6 sections.  Among the salient features of this chapter are as follows:

One issue relating to the appointment of Deputy Commissioners is the requirement that majority come from the ranks apply to former customs officers.

With regard to the submission of electronic copies of goods declaration to other government agencies, such requirement puts pressure on the bureau to enhance its automated system to ensure such copies are made readily and easily available.

Chapter 2 (Port of Entry) retains many of the old provisions relating to this topic.  The old provision on assignment of customs officers and employees has been qualified with the requirement that such assignment may only be made within the bureau.

We note that there had been previous instances of customs officers being temporarily assigned to the Finance Department and the new provision as mentioned now prohibits such reassignment to offices other than the bureau.

Chapter 3 (Exercise of Police Authority) defines the scope and limitation of the police power as exercised by the BOC.  Among major changes under this chapter are as follows:

Under the past administrations, law enforcement agencies were allowed to exercise customs police authority without the supervision and control of the BOC. The cited provision now has certain limitations. For one, these agencies must clearly be authorized by the Commissioner and deputized officers must at all times carry their written authorizations and present the same upon requested.

With regard to the exercise of police power in ports and airports, this chapter now expressly provides that port and airport authorities are required to provide unhampered access to customs police authorities.

Many of the sections under this Title have been adopted from the old code.  Under chapter 2, BOC shall exercise control, direction and management of customs offices, facilities, warehouses, ports, airports, wharves, infrastructures and other premises.  In addition, the bureau may issue rules and regulations to allow temporary operation of storage facilities especially for abandoned and overstaying cargoes.

This expanded power of the bureau under this title clearly impacts on the management and supervision of facilities and operators within ports and airports.

The author is an international trade, indirect tax (customs) and supply chain expert.  He is the Editorial Board Chairman of Asia Customs and Trade, an online portal on customs and trade developments affecting global trade and customs compliance in Asia.  ACT provides trade intelligence through industry updates and features; columns written by customs and trade professionals and experts; and specially commissioned reports. For questions, please email at agatonuvero@yahoo.com and agatonuvero@customstrade.asia (www.customstrade.asia).