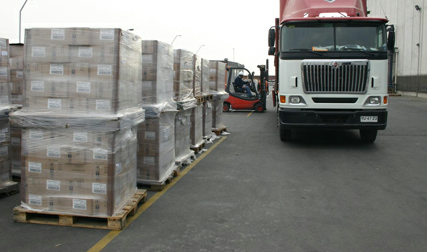 The General Administration of Customs of China (GACC) said it is working with other government authorities and local governments to fully implement the single window platform for an integrated national clearance system before the year ends.

This, it added, will be achieved “with each port authority’s own integration reform as the foundation, the Single Window as the platform and the 3M principle (Mutual exchange of information, Mutual recognition of control, Mutual assistance of enforcement) as the institutional guarantee.”

On the single window project, the customs agency reported that 17 provinces and cities have so far put up the system. “Enterprises are now able to provide information required by all port authorities with a single submission through the single window,” it added.

To align major functions, a standardized version of the single window is being developed, to consist of nine functions including handling of declaration of cargo and payment of taxes and fees.

“By the end of this year, the new version will run at all ports across the country,” said General Administration of Customs.

And to coordinate all ports based on the 3M principle, GACC is strengthening international coordination of customs control and clearance to serve the One Belt, One Road Initiative.

“By collaborating with Customs administrations along the routes, we aim to bring about unimpeded trade in every corner of the world through increased connectivity,” it said.

“Relative government authorities have deepened and broadened information sharing by building a credibility information platform, promoting e-verification and signing MOUs. We are steadily promoting ‘one-stop service’, joint inspection by Customs and Quarantine, and joint inspection on board of ships for international voyages.”

Simultaneously, the business environment for foreign trade continues to be improved. Said customs: “It is now easier to complete tax rebate procedures thanks to online transmission of export rebate data and abolition of paper certificates. We have developed and implemented specific measures to cut time needed for release of goods by one-third.”

Looking ahead, the agency said it plans to work closely with relevant authorities in prioritizing certain tasks.

“Firstly, we will connect information silos, progressively advance the building of Single Window to cover all ports of the country by the end of this year.”

Customs also intends to conduct uniform and joint enforcement activities with other agencies. For instance, the customs and quarantine agencies can “process declarations simultaneously instead of one after another, and explore a new port administration model featuring flat management and integrated procedures.”

“We will also strengthen inter-agency and cross-region collaboration so that declarations can be made to Customs and Quarantine in either their port offices or local offices. Meanwhile, the risk prevention mechanism will be enhanced to ensure not only fast clearance, but also effective control.”

GACC is also looking to ease the burden of enterprises and improve the trade environment by enhancing efficiency while reducing cost.

“We will use more new-tech equipment to increase the proportion of non-intrusive and non-interruptive inspection,” it said. “Besides, we will introduce an administrative fee catalogue, continue to abolish unjustifiable fees, waive the charges for hoisting, relocation and storage for enterprises which pass all inspections and reduce the compliance cost of inbound and outbound containers.”

The nationwide clearance integration plan is expected to be achieved in 2017, declared the agency. “We will steadily advance the clearance model of ‘multi-step processing of a single declaration’, deepen the Customs revenue administration reform, promote synergistic control among Customs regions across the country and let enterprises feel the connectivity among all branches of China Customs.”