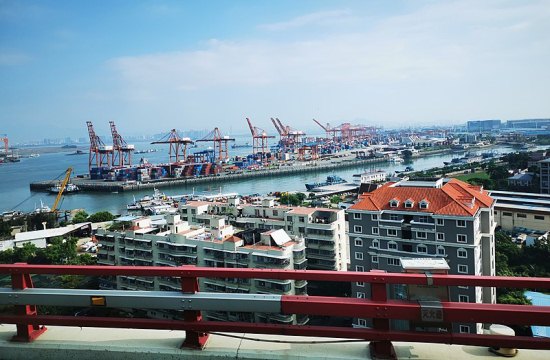 The robust recovery of merchandise exports from the ASEAN+3 economies has been a bright spot during the COVID-19 pandemic, but continuing disruptions, particularly in the shipping sector, is also dampening trade for several economies, according to a new regional report.

The ASEAN+3 Macroeconomic Research Office (AMRO) in its report observed the prevalence of container port congestion in the region, particularly among the major exporting economies, in the wake of the pandemic.

The region’s exports were quick to rebound after stringent containment measures were eased in the first half of 2020 and had well exceeded their pre-COVID-19 levels by year-end.

The turnaround further strengthened in the first five months of 2021, largely supported by fast-growing demand from the United States and Europe. As a result, buoyant external demand has helped offset the continuing weakness in the region’s domestic economies, which continue to be held back by movement curbs against resurgent waves of COVID-19 infections.

However, the export rebound masks the continuing disruptions wreaked by the pandemic on global trade. The upside surprise on ASEAN+3 exports—fueled by strong policy-induced demand in the advanced economies—has coincided with several economies still facing production and logistical constraints from COVID-19 containment measures.

The ASEAN+3 is comprised of the 10 member nations of the Association of Southeast Asian Nations plus Japan, China, and the Republic of Korea.

In particular, higher readings were recorded from September 2020 through to the first semester of 2021 for China, Malaysia, the Philippines, Singapore, and Thailand, the majority of which are major exporters. The number of delayed ships at Thai ports rose further in March 2021 and diverged substantially from the vessel turnaround time, indicating a worsening case of port congestion around the time when exports picked up.

Major ports in the ASEAN+3 economies are facing longer vessel turnaround times for the larger container ships involved in international trade.Vessel stays have lengthened since end-2020 at the biggest Chinese ports of Shanghai and Shenzhen, and to a certain extent, Ningbo, Qingdao, and Nansha Guangzhou.

This coincides with the pickup in freight rates out of China toward the end of 2020, and is consistent with reports of congestion at key Chinese ports owing to an acute shortage of container equipment. Congestion at ports in Singapore, Korea (Busan), and Malaysia (Port Klang) have likewise been reported.

Moreover, the region is wrestling with tight shipping capacity, insufficient containers, lack of container ships due to dampened ship orders, and disruptions to labor supply and port operations,  which have all coincided with the speedy rebound in trade volumes, leading to freight delays and congestion at key ports in the region.

How ports are faring

AMRO drilled down further to some of the developments in key ports within the ASEAN+3:

While greater levels of port congestion may reflect increased trade activity, they may also be actually dampening trade in several economies, AMRO said.

In Malaysia, Singapore, Philippines and Thailand, exports and imports have mostly lagged behind the increase in their respective congestion indicators since the third quarter of 2020.

Further trade growth in each of these economies have been held back by the lack of container equipment or ships, or both, which, in turn, have led to port delays. Their port congestion metrics have jumped by as much as 30% over their 2019 averages, noted the think tank.

In China, import (and to a certain extent, export) volumes have also weakened since the second half of 2020 as the number of ship delays and vessel turnaround times rose. In particular, import volumes have lagged behind the increase in the number of delayed ships, suggesting the stifling impact of congestion on trade.

But Vietnam appears to have the best of both worlds—trade has grown robustly amid considerable improvement in port performance with the operation of new port terminals and increase in berth space, although Vietnamese shippers are reportedly also dealing with container shortages and steep freight rates.

AMRO warned that persistent bottlenecks at maritime ports are disruptive to trade. “ASEAN+3 exports have rebounded sharply from the nadir in 2020, but prolonged vessel delays may also be holding back the recovery. Freight rates have soared as a result of tight shipping capacity, and could squeeze the profitability of exporters, including small to medium enterprises that are able to afford only short-term contracts for cargo shipments.”

It added that if the disruptions are prolonged, high shipping costs could be passed through to consumer goods, compounding concerns over an acceleration in global inflation. Disruptions to the shipping industry could also prompt manufacturers to shorten their supply chains over the medium term, favoring economies with efficient port infrastructure.