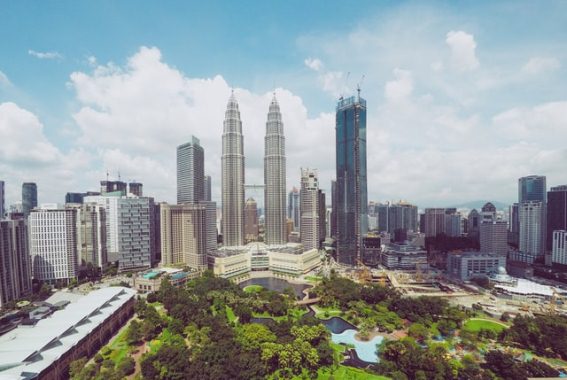 Following marked decreases in August, both output and new orders declined at noticeably slower rates during the closing month of the third quarter, according to IHS Markit.

The headline PMI registered on the 50.0 mark that separates expansion from contraction during September, rising from August’s 14-month low of 44.5. This signalled no change in manufacturing conditions on the month, ending a three-month sequence of deterioration. The average reading over the third quarter, at 46.3, was the lowest since the second quarter of 2020 and second lowest on record, however.

The slightly improved performance was aided by a return to growth for three of the seven constituent manufacturing sectors—Singapore, Indonesia and the Philippines—with the rates of deterioration easing in the remaining nations, with the exception of Vietnam.

The strongest upturn was seen in Singapore, where the headline PMI rebounded from 44.3 in August to 53.4 in September, signalling a solid rate of expansion.

This was followed closely by Indonesia, which registered the first improvement in the health of the goods producing sector since June. The headline index (52.2) was indicative of a moderate improvement in conditions overall.

The Philippines saw the health of its manufacturing sector improve, as the PMI (50.9) returned to expansionary territory. This growth followed a solid contraction in August, with the rate of growth the fastest since March, but only marginal overall.

Thailand, meanwhile, registered a further deterioration in manufacturing conditions in September, as client demand remained weak, despite an upturn in output amid the slightly improved pandemic situation. That said, the headline index (48.9) pointed to the slowest rate of contraction for three months.

Similarly, in Malaysia, the rate of contraction eased to the slowest in the current four-month sequence of deterioration (PMI: 48.1) during the closing month of the quarter.

Myanmar too saw a slower rate of decline during September, although at 41.1, the PMI still indicated a rapid deterioration in manufacturing conditions.

Finally, a fourth successive monthly contraction was recorded in Vietnam during September, as the sector continued to be impacted by the current wave of the COVID-19 pandemic and subsequent containment measures. The PMI was unchanged from August’s reading of 40.2, and signalled the second quickest deterioration in the health of the sector since the survey began in March 2011.

Overall, the ASEAN goods producing sector remained on an uneven footing in September. Output continued to fall, albeit only fractionally, while new orders stabilized, but failed to return to growth.

“Inflationary pressures add to downside risks, with the latest data highlighting the steepest increase in cost burdens for nearly eight years. COVID-19 restrictions and rising cases in parts of the region continue to adversely impact goods producers, and until this subsides, it’s unlikely we will see a meaningful return to growth for the manufacturing sector,” said IHS Markit.