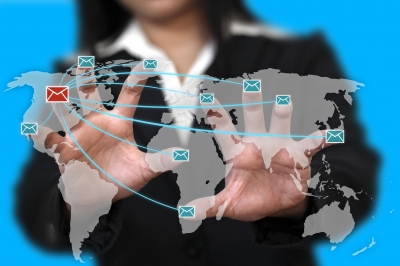 Policy makers in developing countries will be able to access cutting edge technical and financial assistance on e-commerce, when the eTrade for All launches its new web platform in April, an UNCTAD official said.

While global trade has been stagnant for several years, e-commerce has been growing rapidly, accelerating upwards from $16 trillion in 2013 to $22 trillion in 2015, and emerging as a powerful driver of economic growth, inclusive trade, and jobs.

The eTrade for All initiative was launched in July 2016 by a consortium of international organisations, regional development banks, and national agencies, to support developing countries with seven key policy areas, ranging from strategy development to payment solutions and skills upgrading.

In November, the Internet Society (ISOC) and the United Nations Economic Commission for Africa (UNECA) became the most recent institutions to join the Initiative. More are expected to come on board in the next few weeks.

“I’m delighted that the eTrade for All initiative is gathering pace. It is a potential game changer for employment in developing countries,” UNCTAD Secretary-General Mukhisa Kituyi said.

“E-commerce is like literacy,” he said. “Those who need it most do not yet understand its value.”

Key to the initiative is an online platform, which will make it easier for developing countries to navigate the supply of technical and financial assistance from partnering institutions. Developing countries will also benefit from the exchange of knowledge and information, and the sharing of best practices on e-commerce.

The initiative stresses the importance of implementing gender-sensitive projects. Its guidelines recognize that women and men often engage in business and e-commerce in different ways, and as such there is a necessity to ensure that the development of e-commerce is inclusive and accessible to all.

UNCTAD‘s work on e-commerce for development is currently supported by Finland, Sweden, the Republic of Korea and the United Kingdom.

“Access to the internet is estimated to have the potential to generate over $2.2 trillion in additional GDP and more than 140 million new jobs in the developing world,” the UK mission to the UN in Geneva said in a statement.

“This is why the UK supports UNCTAD playing a leading role in this field and we welcome the development of the ‘e-Trade for All’ project and look forward to seeing its implementation next year,” the statement said.

The online platform will be launched during the UNCTAD E-commerce Week, scheduled to run from 24 to 28 April 2017 in Geneva. – UNCTAD